Here's how you can downgrade iOS 9.1 beta to iOS 9 final release on iPhone, iPad or iPod touch. 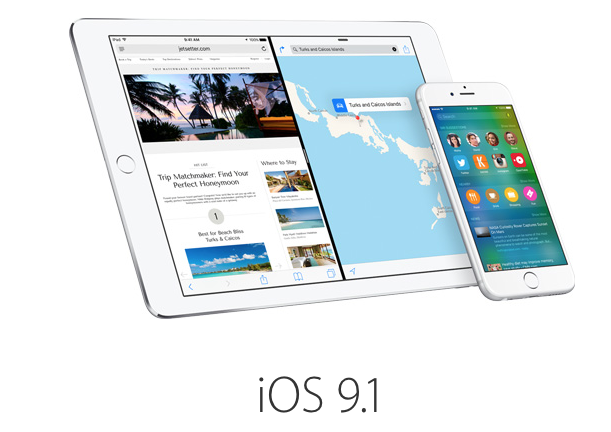 Right after Apple seeded the iOS 9 GM build on the 9th of September, the Cupertino giant released the first beta of iOS 9.1 to developers and non-developers alike. The update is meant for the upcoming iPad Pro, while it also brings new features to the iPhone and iPod touch. The update is loaded with a bunch of great bug fixes and enhancements, but if you feel that you've made the wrong decision in upgrading to iOS 9.1 beta, then here's how you can downgrade to iOS 9.

Before you go ahead, be sure to take a complete backup of your iOS device either using iTunes or iCloud.

Before you begin, make sure you have the latest version of iTunes installed on your PC or Mac. You can download the latest release from: apple.com/itunes.

2. Put your iOS device in Recovery Mode before connecting it with your PC or Mac via USB. You can follow the complete steps written here on how to do just that.

3. With your iOS device now in Recovery Mode and connected to your PC or Mac, click on the 'Ok' button, and then click on the 'Restore iPhone' button while holding down the left 'Option' key (Mac) or the left 'Shift' key (Windows).

4. Point iTunes towards the iOS 9 IPSW file you downloaded in step 1.

5. iTunes will now contact Apple's servers for the verification of the IPSW file and will eventually downgrade your device to the current public build of iOS.

The process can take quite a while depending on the device you have. But eventually you'll be downgraded without having to go through too much fuss.

As we mentioned before, the iOS 9.1 update is due for release alongside the shipment of Apple's 12.9-inch iPad Pro. And if you want to give iOS 9.1 beta a spin right away then you can do so via Apple's Beta Software Program. More details can be found here, along with a complete step-by-step guide walking you through the process: iOS 9.1 Public Beta Now Available, Here’s How To Download It Right Now.

Downgraded from iOS 9.1 beta to iOS 9? Then be sure to let us know why you did so in the comments section below. We love to hear back from our readers.