Dota 2 Ti3 ends with a bang and as always with some unexpected results. Dota 2  has quickly grown to be a real rival for the likes of Starcraft E-Sports competitive Gaming Scene, where some may even argue that it has surpassed the same. With this years Prize Pool consisting of 2.8 Million Dollars in cash money, Dota 2 Ti3 set the record for the largest prize pool in history. The final was between Na’vi (No surprises there) and Alliance with Alliance taking home the win and Na’vi as runners up.

The favorites to win this year were Na’vi and Invictus Gaming and the teams battled it out as following climbing the brackets with Invictus Gaming suffering an early knockout and Navi qualifying to the finals.

Na’vi have performed with a consistency that is rare in the E-Sports scene where a single patch can make or destroy champions, always placing first or second in all 3 champion ships including the Dota 2 Ti3 this year.

Though we didn’t get a chance to, but people who bought the Dota 2 Ti3 compendiums got to participate in an extremely unique way: they got to make and manage their own fantasy teams composed of players currently participating in the Dota 2 Ti3! So the thrill when your very own team failed or pulled of amazing feat was beyond amazing. This kind of immersion has never been done before and the rewards were well worth it too.

Dendi has been one of the most recognized icons of Dota 2 Championships and this years Dota 2 Ti3 was no exception. Dendi managed to pull off some truly mind blowing feats such as his infamous Chen-Pudge Fountain Hook Kill Combo. However to be fair there were times where he played like an utter noob too, namely the first match during Na’vi Vs Orange where he fed early game playing Shadow Fiend. 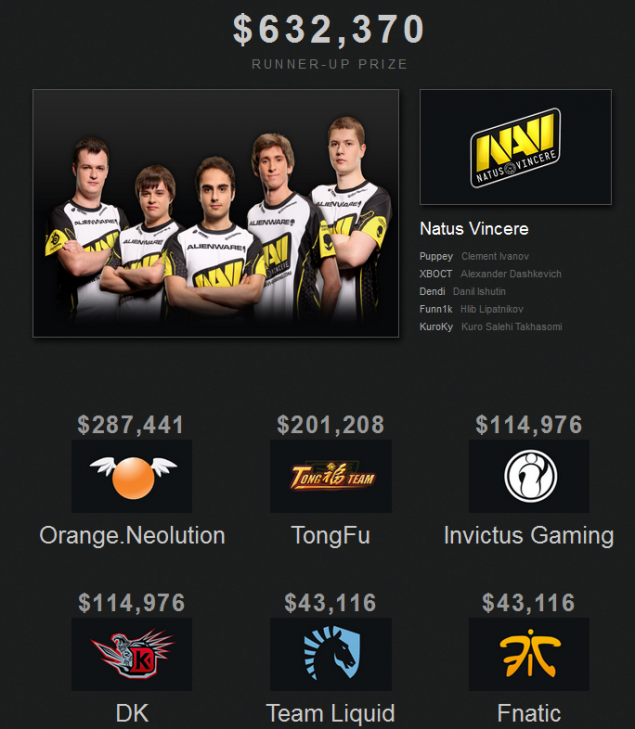 Another immersive feature included this years Dota 2 Ti3 was the Spectating Awards. Whenever users spectating the championship saw something spectacular, some random few were awarded with rare items. However if there is one team that deserves recognition its Alliance. They started as the Underdogs this year and battled it out to win top prize of Dota 2 Ti3.

Needless to say this years The International Dota 2 Championship was one of the best ever, in regards to itself and other competitive E-Sports gaming.