Starting today, players all over the world can try out the DOOM multiplayer mode thanks to a new Open Beta which will be running for a few more days. If you'd like to see more of the game developed by id Software beyond the open beta, you' may want to check out a bunch of new screenshots that have surfaced online in the past few hours, showcasing some customization features and more. 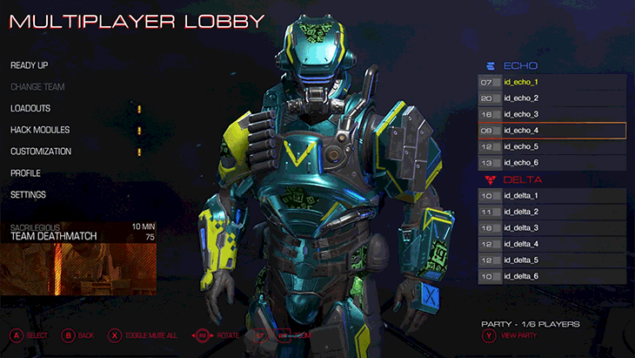 Some of the new DOOM screenshots, which have been shared online by reddit user yangyugi, showcase some of the multiplayer customization features of the game such as customized skins, addons and decals. You can find these screenshots below.

A couple more screenshots have also been shared online in the past few hours, showcasing what has been described as the DOOM classic demon Arch-Vile. As the supposed DOOM Arch-Vile looks different than in previous entries of the series, we cannot know for sure that it is indeed the terrifying demon from earlier games. You can check out the demon right below.

Yesterday, we have reported how the DOOM Open Beta already had a mixed reception on Steam even before its launch. Most of the negative reviews noted how the game's multiplayer feels nothing like a proper arena shooter due to the inclusion of features lifted from modern first person shooters such as loadouts.

DOOM will launch next month in all regions on PC, PlayStation 4 and Xbox One. The DOOM Open Beta is now live on all platforms and it will be available until April 17th at 11:59 PM EST.