DOOM March Closed Beta Can Be Streamed, Alpha Participants Will Also Have Access

Yesterday, a new DOOM trailer has been shared by Bethesda, focusing on the fast paced and brutal multiplayer mode. Details on the closed beta for those who have purchased Wolfenstein: The New Order have also been revealed. Even though only a few players will be able to try out the game later this month, all DOOM fans will be able to check it out in some way or another. 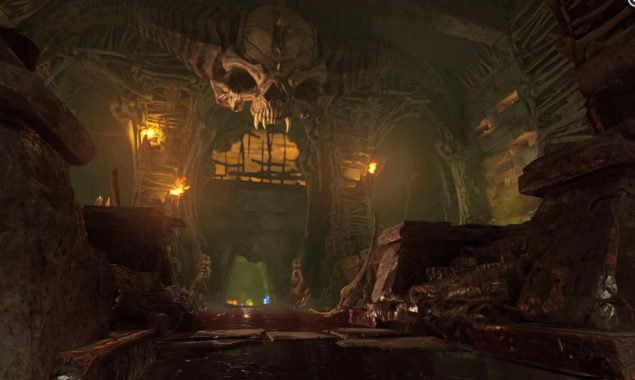 A few hours ago, the DOOM official Twitter profile has confirmed that players will be able to stream the closed beta without any problem. This is definitely great news for those who won't be able to participate in it, but would still love to see more of the game in action.

A few hours ago, it's been confirmed that those who have purchased Wolfenstein: The New Order won't be the only ones that will have access to the soon to be held DOOM closed beta. All those who have participated in any of the previous Alphas will also be able to get access to this month's Closed Beta by simply making sure that their build has been updated on March 31st.

Two weeks ago DOOM has become available for pre-order on the Xbox Store. Thelisting has revealed that, as a special pre-order bonus, those purchasing the game before launch will be able to get the original DOOM and DOOM II. All pre-orders will also receive the Demon Multiplayer pack, including additional cosmetic items.

DOOM launches on PC, PlayStation 4 and Xbox One on May 13th. The game's Closed Beta will be held between March 31st and April 3rd, allowing players to try out Team Deathmatch and the recently revealed Warpath mode on the Heatwave and Infernal maps.