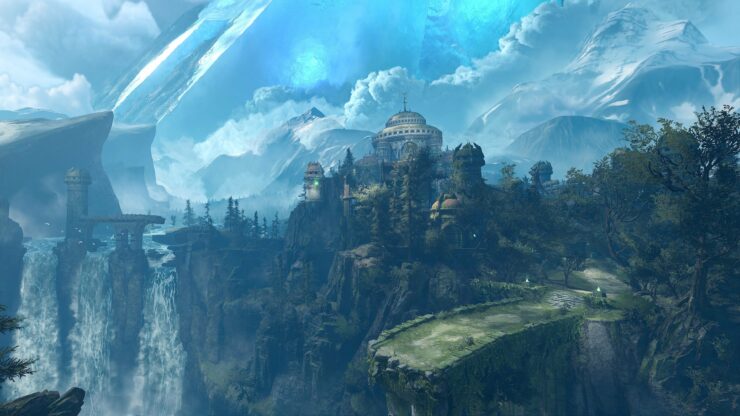 The DOOM Eternal: The Ancient Gods - Part Two DLC is releasing next week, according to rumors circulating online.

The new DLC expansion is releasing on March 18th, according to the information revealed on Twitter by Aggiornamenti Lumia. A screenshot that has never been seen before has also been shared online by this Twitter profile, giving more credence to the source.

DOOM Eternal: The Ancient Gods - Part One has been released back in October on PC and consoles. The first DLC expansion released for the popular first-person shooter created by id Software introduced a new mission, new locations, and new enemies.

New Mission
Experience a new mission in your eternal fight against evil. Unleash your vengeance and face your greatest test as you march back to the Maykr’s realm. Defeat powerful new threats, restore order to the heavens and unearth the corruption that has thrown the universe into chaos.

New Locations
From the industrial rain-swept decks of the oceanic UAC Atlantica Facility on Earth to the corpse littered Blood Swamps of Hell to the crumbling ruins of a demon-infested Urdak, you will visit epic new locations to eviscerate the armies of Hell.

New Enemies
Change your tactics as you face Hell’s newest threats that add more depth and challenge to combat. Face the Spirit, an ethereal enemy that buffs other demons with added strength and speed, and the Blood Maykr – a corrupted Maykr Angel armed with a powerful staff that can be hurled with thunderbolt force.

DOOM Eternal is now available on PC, PlayStation 4, Xbox One and Nintendo Switch worldwide. The game is a worthy successor to 2016's DOOM, as highlighted by Chris in his review.