Apple has revealed its free App of the Week, and it's Doodle Jump SpongeBob SquarePants. The title normally costs $1.99 on an average day, but for a limited time you can download it onto your device absolutely free. 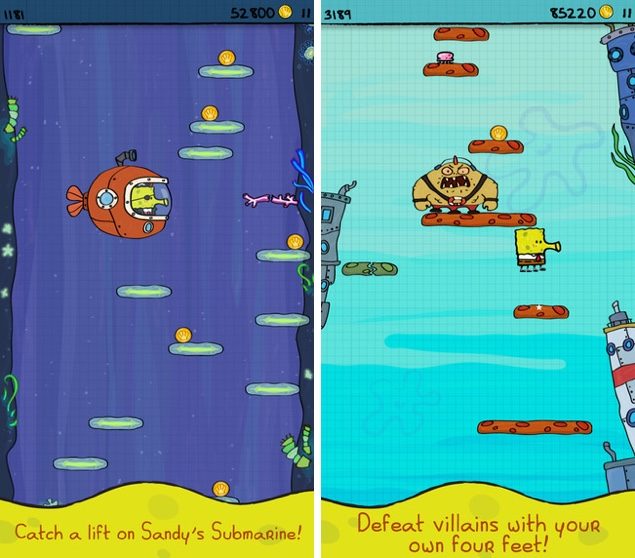 If you've ever played Doodle Jump on an iOS device, then the SpongeBob SquarePants edition of the title will feel right at home. And if you haven't been acquainted with Doodle Jump at all, then now's the right time to get to grips with the title as Apple is offering the game absolutely free of cost for one whole week, after which it will return to its original price.

Jump into the most hilariously addictive game ever with all-new Doodle Jump SpongeBob SquarePants!

The diabolical Plankton and his jailhouse crew have stolen the Krabby Patty Secret Formula! With Doodle Jump SpongeBob SquarePants, jump up and across Bikini Bottom, blast bubbles at baddies, and restore order to the sea.

Doodle Jump SpongeBob SquarePants is a fun and addictive title to shave off a few minutes from your free time. The game challenges users to jump above platforms without falling down along the way, and to make things better, this particular title is wrapped around the SpongeBob SquarePants theme, taking gameplay to the next level.

We highly recommend that you download the title onto your device before it returns to its original price of $1.99. The title is a universal offering which means that it will work on your iPhone, iPad or iPod touch with no issues whatsoever. Furthermore, the title will work on iOS 6 all the way up to iOS 9, hence all the bases are covered in one fell swoop, and you don't have to worry about iOS compatibility issues as well. 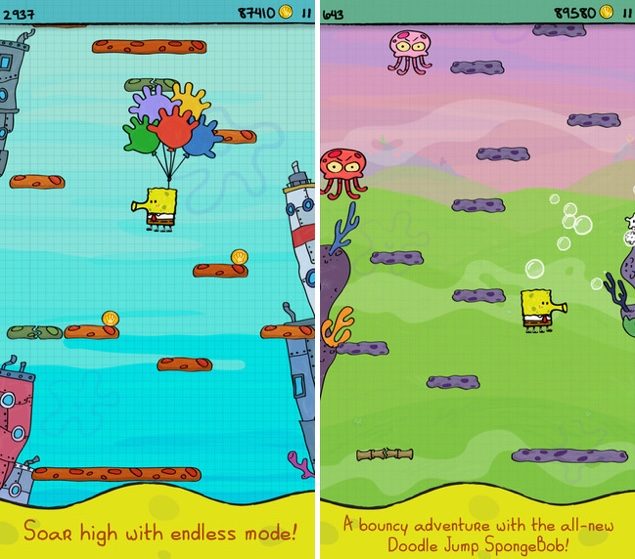 The title weighs in at just 75.5MB so you can rest assured that you can dive into the jumping action without having to wait that long even if you have slow WiFi at home. So what are you waiting for? Download it directly from the App Store using your iOS device, or just tap on this link to get started.

If you happen to download the game, then be sure to let us know in the comments section below what you think about it. We're pretty sure you'll get the hang of it. After all, such quick-fix titles are gems to own especially if you're in the ownership of a device like the iPhone or the iPad.