DONTNOD’s Action RPG Vampyr Will Take 15 to 30 Hours of Your Time, Depending on Playstyle 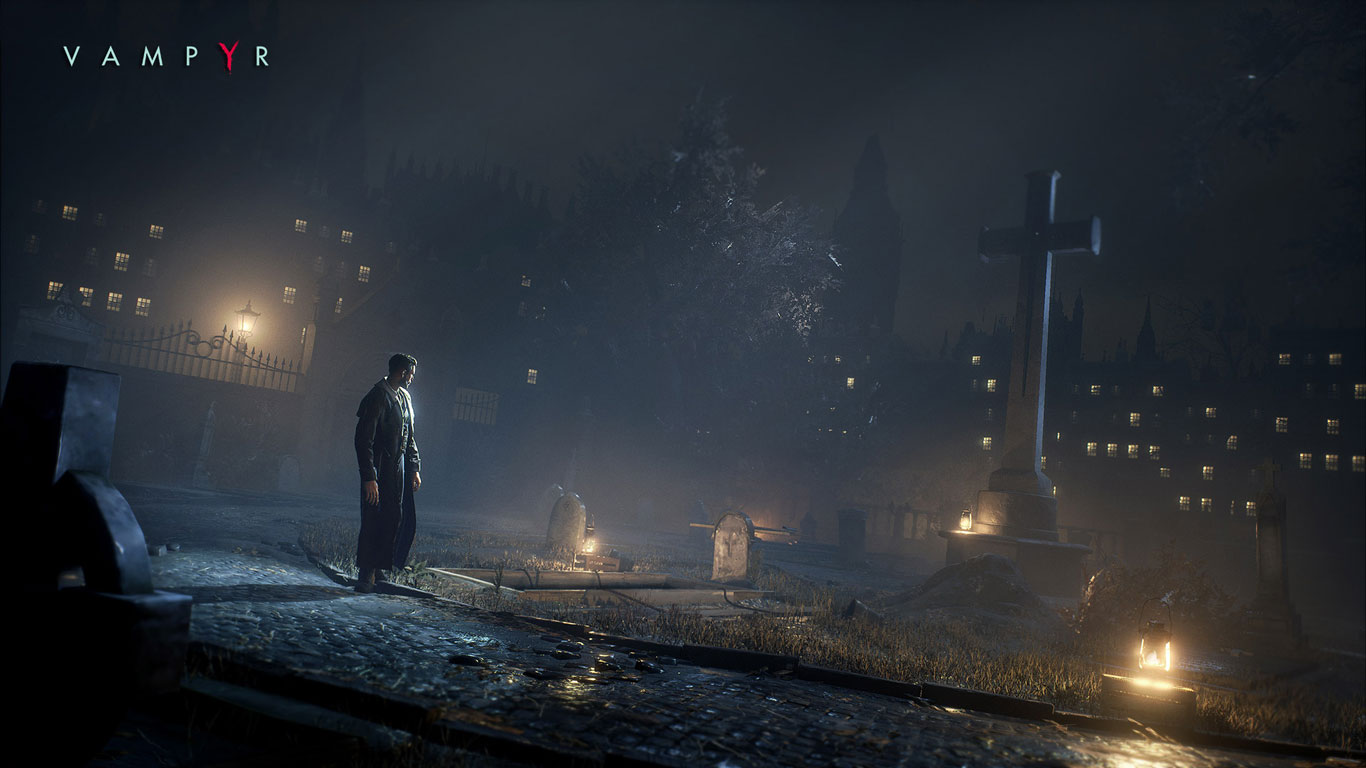 French developer DONTNOD quickly rose to prominence. While their first game (Remember Me, published by Capcom) was interesting but flawed, Life is Strange (published by Square Enix) garnered them a lot of attention and prizes, including the BAFTA Games Award for Best Story in a game.

Their next game, the action RPG Vampyr, is easily one of the most intriguing titles I've seen at Gamescom 2016. Stéphane Beauverger, Narrative Director on the game, debuts the presentation by saying that as a newly turned vampire, the only question is how far you're willing to go.

The player has the right to kill anybody or nobody, and there's no good or bad choice. However, there are some caveats: the first one is connected to the game's mechanics, as you'll get a lot more experience points if you decide to kill folks rather than sparing them (though the game will automatically adjust difficulty based on how powerful you become). On the other hand, protagonist Jonathan Reid is a doctor who inevitably feels torn between his former instinct to heal and his newborn instinct to kill, so the question of morality is a particularly compelling one in Vampyr. You may choose to completely let the beast out, or conversely to keep helping people as a doctor would while satisfying your basic needs.

The game is set in 1918 London, during the Spanish flu outbreak. As such, the doctor needs to fight two diseases at once: vampirism and the flu. The game world is not fully open, but DONTNOD promised that areas can be explored without any artificial limits and a teleport power helps a great deal in that regard; interestingly, London's zones will be affected by the player's actions. For instance, it is possible for the ravenous vampires (beast-like creatures with no rational mind) to completely overrun a district if the player does nothing to prevent such an occurrence; this would also eliminate access to any remaining secondary quests in that zone.

I asked if it was possible to kill all these vampires and thus purge the district. Here's Stéphane's answer:

Of course, you can try to kill them if you want to correct your mistake. But perhaps you decided that you want vampires to get control of the city; it's up to you.

The combat system has been designed to rely on timing and positioning. There will be melee weapons and ranged weapons, but Reid also has access to powerful vampiric powers (provided he has Blood inside him). Blood can be taken during fights as well, though it's a risky move as it may leave you exposed to other opponents while you embrace one. As can be seen in the gameplay footage embedded below, combat seems loosely inspired by the Batman: Arkham series though there are some unique twists.

Reid will face supernatural creatures as well as human opponents such as vampire hunters, who are the only humans aware of vampires at the beginning of the game. The main goal will be to figure out the nature of vampirism and who transformed Reid in the first place. As usual with DONTNOD's games, narration will be pivotal to the game's success and the developers promised plenty of mysteries and secrets to unravel over the plot's course.

Each character in the game has been imbued with a unique identity and personality, which players will have to uncover in order to find the most suitable subjects for their needs as a vampire. Talking with people will also be important since Vampyr stands by the tradition that vampires cannot enter a human's home without being invited first; of course, there's also a Mesmerize skill which can help players do just that, though all NPCs have their own mental resistance to this kind of mind control.

But there's more. Your relationship with NPCs will evolve based on your actions, to such an extent that DONTNOD wants players to craft their own stories. At the end of the presentation, I asked about the game's length. Apparently, it will take about fifteen hours to complete Vampyr's main storyline, and about twice as much if you want to grab all the collectibles and complete secondary quests as well.

As you can check in the pre-alpha gameplay video below, Vampyr (powered by Unreal Engine 4) also looks gorgeous thanks to a perfectly fitting art style, which creates a great atmosphere. Vampyr is set to release at some point in 2017 for PC/PlayStation 4/Xbox One, and I'll be waiting with bated breath.