The Division Update 1.2 – Everything About the New Incursion & Loot Revamp 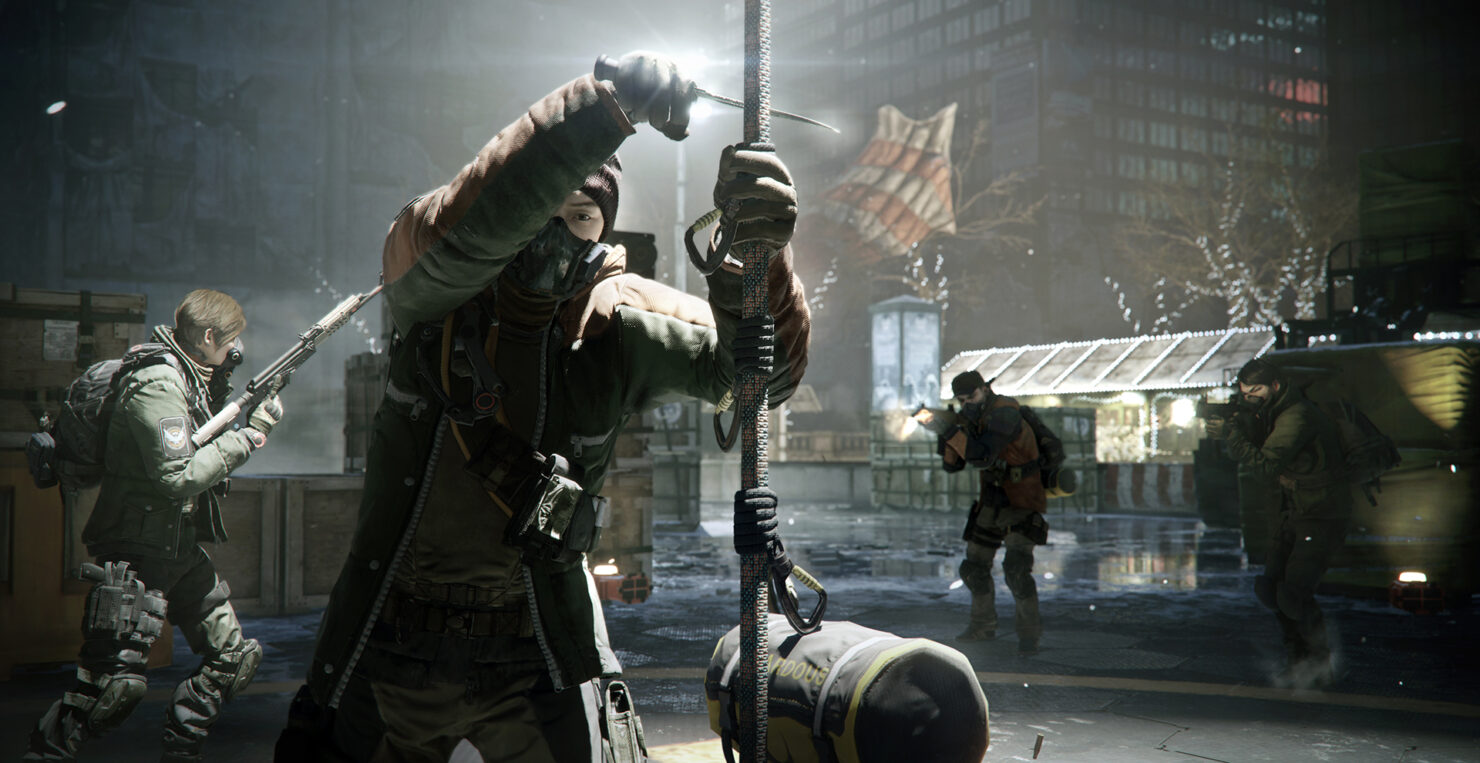 Ubisoft Massive has a lot riding on the upcoming Update 1.2 for The Division, as they openly admitted about three weeks ago.

Yesterday, the studio hosted a special live stream to talk about the upcoming patch in detail and it seems like big changes are indeed inbound, so take a seat - it's going to be a long read. The big content addition is obviously the new Incursion, called Clear Sky and set in the Columbus Circle. These are the highlights of what Lead Level Designer Magnus Jonsson said about it, as reported on Reddit:

What is Clear Sky all about:

In Columbus Circle, Rikers have seized one of the anti-aircraft sites abandoned by the Last Man Battalion. Now, they control the entire Manhattan airspace, and are taking possession of the supply drops. It is now your job, to neutralize this new threat and get these weapons back under the control of The Division.

Features and facts from Clear Sky:

Jonsson also talked about the new "hijack rope" feature in the Dark Zone and said that it made no sense how players could just attach their loot to the rope and then run away without a care in the world.

He then said that the player cutting the rope will be slowed down and eventually stopped if hit by a constant stream of bullets. Once the rope has been cut, the loot will scatter all over the place so that it will take a while for the rogue player to get it all. Finally, the team will be looking at player feedback on this feature as they are aware of its divisiveness.

There are big changes coming to The Division's loot system and open world activity in Update 1.2, too. Those were detailed in two different blog posts on the official website.

In regards to the open world, two new mission types are being introduced: High Value Targets and Search & Destroy.

The Search and Destroy missions can be found in the safe houses throughout Manhattan and are retrieved from the mission board once you have cleared all the content in that named zone. This mission type is catered for new level 30 agents and involves taking out various groups of level 30 enemies. Once this is complete you return to the safe house to receive Target Intel, a new currency that can be spent in order to gain access to High Value Target missions. Additionally, you can interact with the safe house mission boards as many times as you would like, however there is an incentive to go to different named zones through the Critical Search and Destroy system. One named zone at a time will be marked as critical and should you complete the Search and Destroy missions in that zone you will receive additional Target Intel. Once it has been dealt with a new zone will be marked as critical and you can either eliminate the threats there or see what High Value Targets await you.

High Value Targets open the doors to some more difficult 30+ elite enemies but also some sweet rewards. You will find two new NPCs located in the Base of Operations that will provide 6 daily and 4 weekly missions that you can gain access to by spending Target Intel. The weekly missions will be more difficult and you may need to call upon the help of other agents to complete them. In addition some will be labeled as High Risk Targets. These missions are similar to regular High Value Target ones, only more difficult and if you fail them you will have to rebuy it. The higher the danger and risk, the better the potential High End and Gear Set rewards. Be ready for a challenge, they will put up a fight.

Sealed Caches are also being added to the game's Dark Zone area.

The feature is simple but potent. NPC’s will drop Sealed Caches that you will have to extract in order to open it up, making them a bit of a mystery!” explains Terry. Once the Sealed Cache is safely in your stash you can interact with it which will reveal a list of items that will be distributed into the correct inventory slots. These items can also be traded under the normal trading rules.

Like the rest of the loot in the game they will also be found in a variety of quality, Specialized, Superior, High-End, and Gear Set, which will of course affect the items found inside. The quality of the loot inside reflects the difficulty of the NPC’s it dropped from and is also indicated on the range of crafting materials and Dark Zone credits displayed in the UI.

Last but not least, the new loot system in Update 1.2 will make players happier with most generous rewards across the board.

These missions will follow a similar line of progression and their reward will coincide directly with the rank of the mission. They will not only provide an additional stepping stone for gearing up that will allow you to take on tougher challenges, but the most difficult ones will reward you with the best quality gear in the game.

The loot that drops from Hard Mode and Challenge Mode main missions will be improved. Every time you complete them you will receive:

This change allows for players to have a more concrete source of gear to prepare for the higher brackets in the Dark Zone and Hard Mode Incursions.

There are also some significant changes to the way you receive loot from Incursions. Every time you clear it, you will now receive an item relevant to the difficultly you complete it on. In update 1.2 you will receive:

The weekly reward allows you to obtain a guaranteed weapon once a week per character as well as additional loot drops. These changes allow players to more effectively farm the Incursion to either obtain more gear to beat it on Challenge mode, or hunt for those really min-maxed Gear Sets with the perfect attribute combination.

The loot you pick up should feel more rewarding and assist your progression through the Dark Zone. As you collect better loot you will move to higher named zones in the Dark Zone as well as eventually progressing into a new Gear Score bracket. To help this, take a look at the following changes to loot drops in both the 0-161 Gear Score and 162-200 Gear score brackets:

Additionally, with the introduction of a 201+ Gear Score Dark Zone bracket comes better loot opportunities. Encounters will be extremely difficult so it’s very important that the rewards reflect this. The loot drops in 1.2 for the 201+ Gear Score bracket are as follows:

Supply drops are getting a similar treatment in terms of rewards. They should provide rewards that scale with the difficulty of the NPC’s guarding them and the limited number of them that drop down. The Supply Drops will scale with Dark Zone Gear Score bracket and named zone. The Supply Drop rewards are as follows for the Gear Score 0-161 and 162-200 bracket:

Similarly, the Supply drops in the Gear Score 201+ bracket are:

We'll take a detailed look at The Division once Update 1.2 is live to check if it truly managed to fix most of the issues with the game, so stay tuned.