The Division New Screenshots Showcase Interesting Out Of Bounds Locations

The Division, the third person shooter developed by Ubisoft now available on consoles and PC, has been available for a few weeks now, and players have had plenty of time to explore the game's map. A few glitches which allow players to do things that are normally not possible have also been found, leading to some quite interesting discoveries. 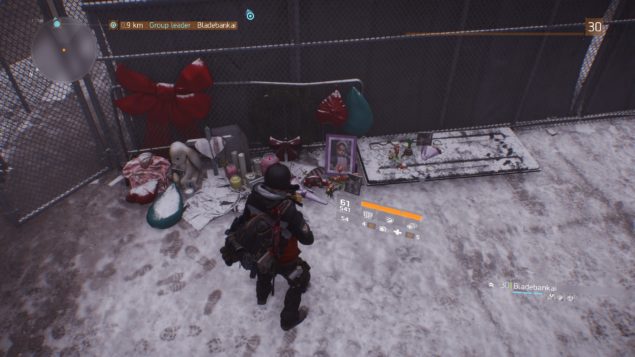 In the past few hours, reddit user FISHY_au has shared two batches of screenshots showcasing some interesting areas that are found out of bounds. The first batch showcases a memorial and an area that looks fleshed out well.

The screenshots included in the second batch, which has been shared on The Division subreddit, showcase an area which is in the top right corner of the map. Among the unfinished areas and objects are the Brooklyn Bridge and a yet to be identified monument.

Earlier this week, Ubisoft has talked more about The Division backpack glitch and future content coming to the game. According to Ubisoft Massive's Hamish Bode, the team had some difficulty in replicating the backpack glitch, which effectively locks players out of the game, but have finally managed to find the root of the issue. A fix, unfortunately, hasn't been introduced after this week's server maintenance, as it will only come in a future update. Also coming in the near future are Daily and Weekly Assignments, Community Challenges and much more.

The Division is now available in all regions on PC, PlayStation 4 and Xbox One. We'll keep you updated on future fixes, updates and additional content as soon as more is shared on them, so stay tuned for all the latest news on Ubisoft's successful new third person shooter.