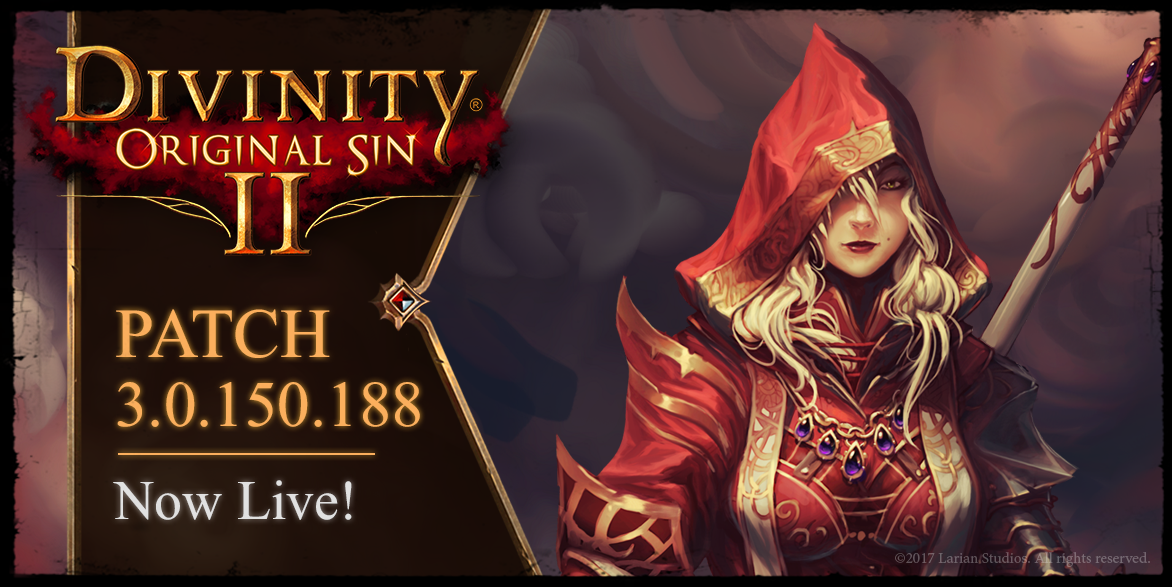 Larian Studios pushed out a new major Divinity: Original Sin 2 update (1.1GB in size) earlier this afternoon. Just like the previous one, it fixes a ton of small issues with the game. You can find the highlights as posted by Larian below as well as the entire changelog here.

We’ve updated the story to include Tarquin’s questline update for existing savegames, and we’ve added many journal updates for the more creative solutions some of you have found. It never ceases to amaze us what some of you can accomplish with system mechanics and a dash of creativity.

Next to a long list of bug fixes, several issues that you reported via our support channels and feedback tool have been fixed.
We’ve also included updates to gameplay, balancing, modding, GM mode, and the Editor (your handy dandy modding tool).
Some of the highlights for this patch include:

Divinity: Original Sin 2 had an excellent start as confirmed just yesterday by SuperData, selling 660K units in its launch month. It's all well deserved as pointed out by our review, where Francesco called it one of the best cRPGs ever made.