How To Disable iOS Control Center Access On Lock Screen

Want to disable Control Center on your iPhone, iPad, iPod touch lock screen? Here's how you can do so in a few simple steps. 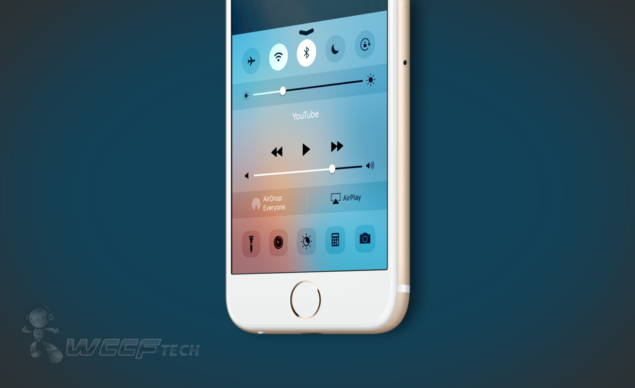 Before the arrival of Control Center, turning on / off WiFi, Bluetooth, Airplane Mode, etc. was a huge task to go through. Users were required to unlock their device, go to Settings, then from there go about their business. Not ideal by any means.

When Control Center made an entry into the scene with the release of iOS 7, Apple literally answered the call of millions of users around the globe who were looking for a way to access the most commonly used system aspects with a simple tap. While Control Center can be a godsend feature in a lot of cases, it can actually become a nuisance in some scenarios. For instance, it can be accessed on the lock screen by default, allowing anyone to put your iPhone or iPad in Airplane Mode and go completely stealth.

But thankfully, you can avoid such a situation by turning off Control Center access on the lock screen altogether. We'll show you how it's done in our typical step by step fashion tutorial.

2. Here you'll see a bunch of options. Tap on the one that says 'Control Center.' Refer to the screenshot below for help. 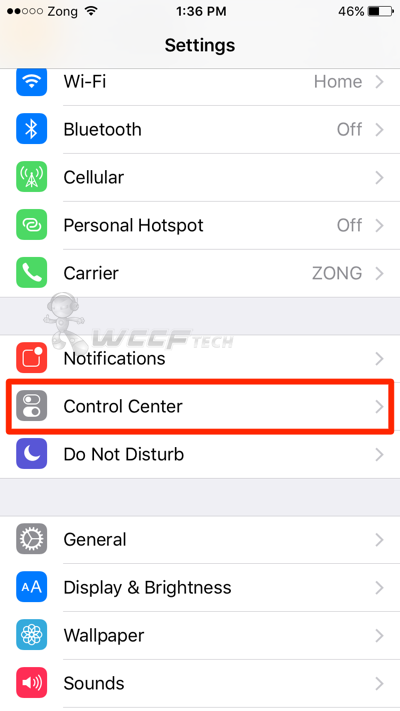 3. See the 'Access on Lock Screen' toggle switch? Tap to turn it OFF as shown in the screenshot below. 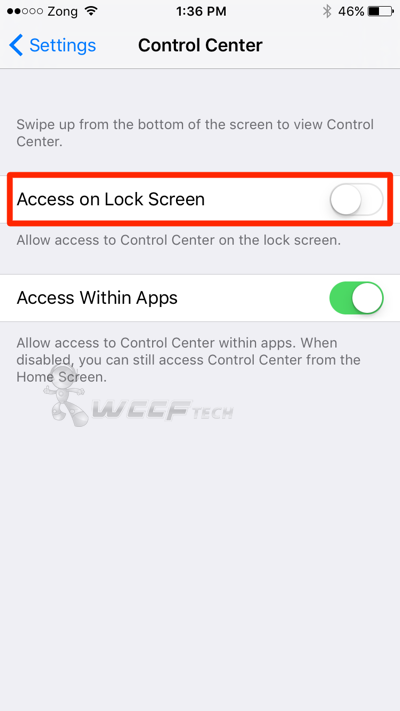 From here on in you (or anyone else) won't be able to access Control Center on the iOS lock screen, no matter what they try. And if you want to take security to another new level, then navigate to Settings > General > Siri and turn the voice assistant off completely.

You must be wondering why we asked you to turn off Siri. To put things in plain words - Siri allows you to turn system toggles on or off, and with the personal assistant disabled, an ill-intentioned individual won't be able to turn off things like WiFi, Bluetooth, etc. Basically you're making your device as secure as possible here.

While it's not necessary that you do what we've mentioned above, but extra precaution can go a long way in protecting your data. And if you did found the above guide useful however, then be sure to let us know about it in the comments section below.