The upcoming Deus Ex: Mankind Divided will run on a locked framerate of 30 frames per second on both Xbox One and PS4. This doesn’t apply to the PC port, which is being handled by Dutch developer Nixxes. 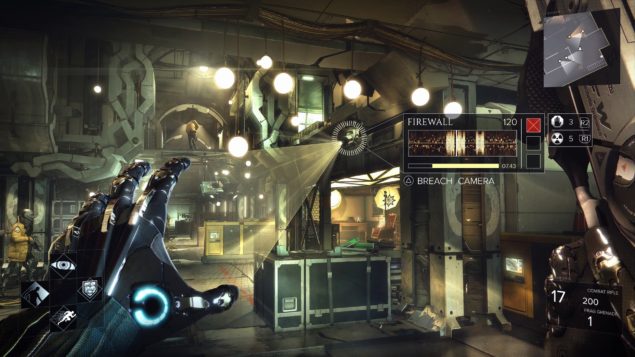 No no and no. 30fps is consoles. We all breathe, thanks. https://t.co/uUqFQMOqkW

As said, the PC version of the game is being handled by Dutch developer Nixxes, who is already doing the Rise of the Tomb Raider port for the Xbox 360.

The fact that the upcoming Deus EX is being locked at 30FPS , might well indicate tearing and judder on both consoles when running on rates above 30FPS. In general, locking a framerate to a certain value, produces a more consistent experience, but this isn't always the case on consoles

For an interesting comparison between unlocked fps and 30fps gaming, I suggest you check out this article from Eurogamer’s Digital Foundry from last year.

Deus Ex: Mankind Divided was announced back in April of this year and takes place in 2029, two years after the events of Human Revolution and the infamous ‘Aug Incident’ in Panchaea that resulted in the death of millions at the hands of those who had installed augmentations.

Deus Ex: Mankind Divided is scheduled for a release on PC, PS4 and Xbox One on February 23, 2016.

Shadow of the Tomb Raider’s PC Version Is Optimized for NVIDIA GPUs, Developed by Nixxes