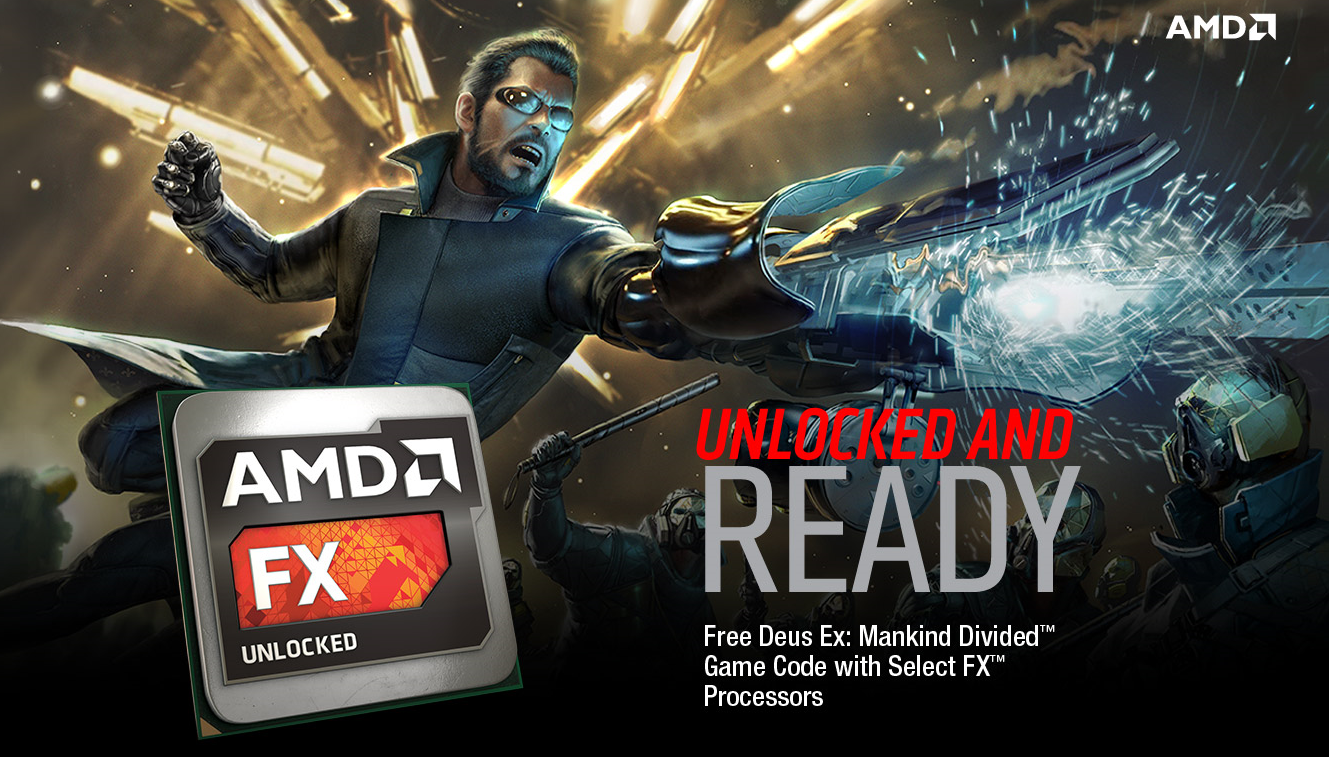 Retailer NewEgg has an amazing offer if you’re looking for either Deus Ex: Mankind Divided or a new AMD CPU.

Those who purchase one of the selected AMD FX processors at Newegg, will receive a free Deus Ex: Mankind Divided gamecode.

Become the ultimate augmented covert agent when you enter the world of Deus Ex: Mankind Divided™ — where the decisions you make and the actions you take play a crucial role in determining the game's outcome.

You're prepared for whatever the future may bring with AMD FX™ 6- and 8-core processors, delivering the highest clock speed, most cores and most total cache memory in their price class1,2 for a top-tier experience with DirectX® 12 and Windows® 10, plus an unlocked clock multiplier that allows users to exercise a highly configurable power and performance curve via AMD OverDriveTM software.3

Deus Ex: Mankind Divided released last month, and is available now for PC, PS4, and Xbox One. A DX12 patch was released later on, alongside new AMD drivers that support the DX12 API.