Destiny 2.0 is live. The latest update for Bungie's online cooperative/competitive FPS officially ushers players into Destiny's Year Two, with an incredibly long text detailing patch notes that you can find below; this update paves the road for the arrival of The Taken King expansion later this month. 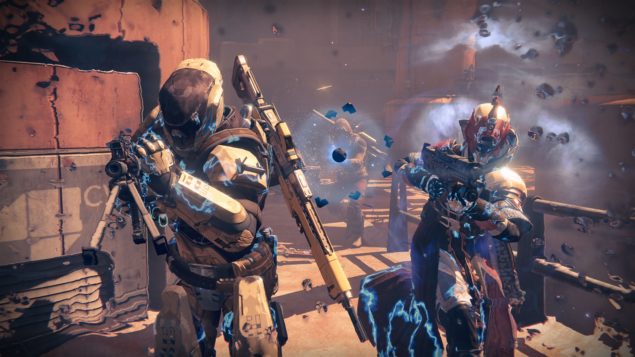 We have revisted all of these Year One stat perks and reduced the amount they buff your weapon stat to re-normalize against Year Two weapon lethality and reinforce specialization so players are making meaningful trade-offs on weapons.

To compensate for the weaker stat perks from launch weapons, we added some new stat perks (introduced in House of Wolves) that provided a significant increase to a stat in exchange for a reduction in other stats. This allows players to be able to spike a stat that reinforces their specialized play style, but at a cost.

There is still no word about a potential release of Destiny on PC. Bungie and Activision have always said that they were thinking about it and it wasn't out of the question, but now that the base game has been out for a year on consoles, it would be nice to get an update on that. The game would surely look even prettier on PC.