Destiny 2 to Receive Major Engine & Narrative Changes; Sony Is Still “All In”, “Super Vested” in This Sequel 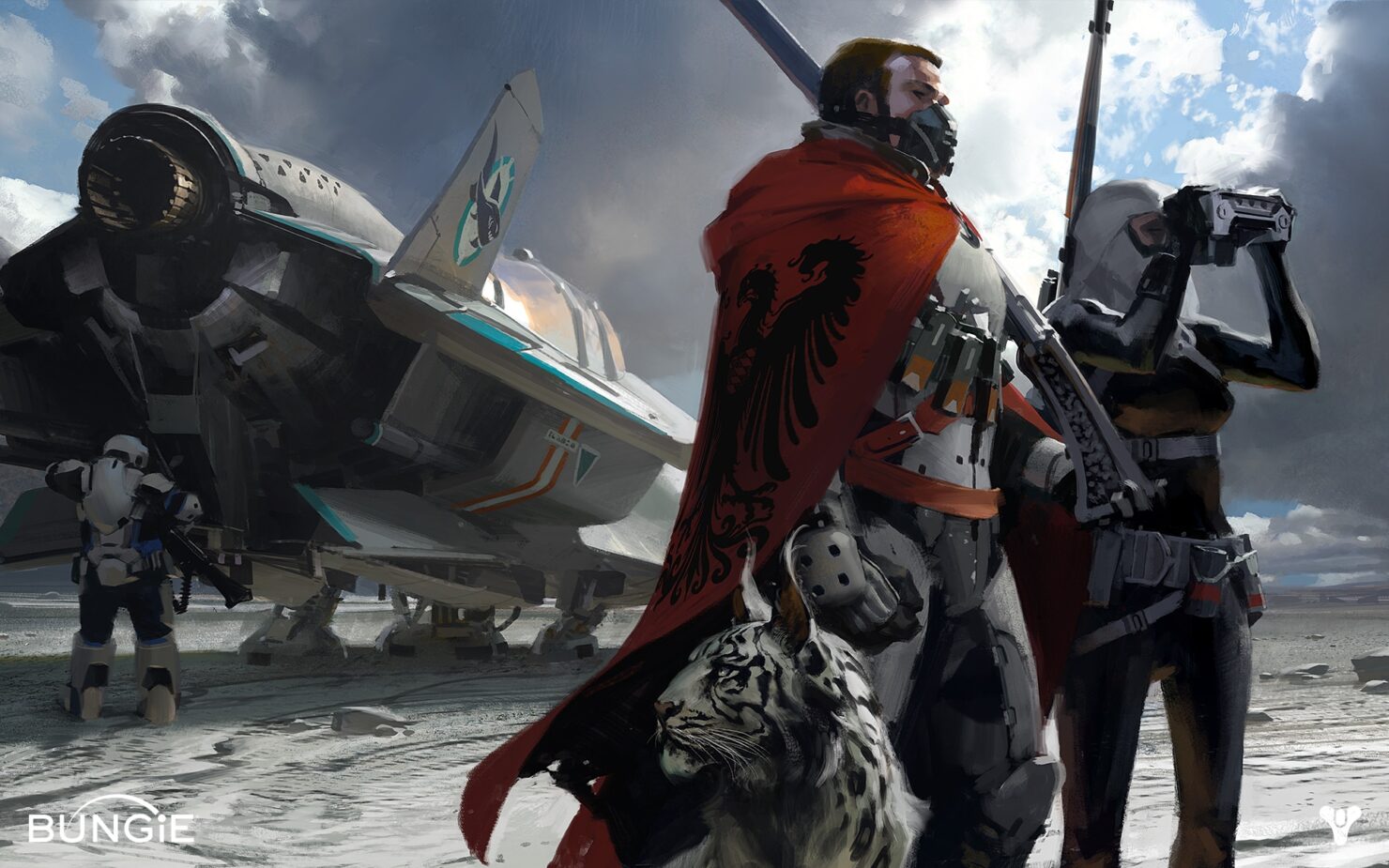 The rumor mill keeps going on Bungie's Destiny 2. Yesterday we reported from multiple sources that the game will be out on PC as well as PlayStation 4 and Xbox One, but a few hours ago renown insider shinobi602 posted a lot more info in a series of Neogaf posts.

He began by detailing some major engine and narrative changes that we'll find in Destiny 2, as well as hinting that the studio intends to release content more consistently between yearly expansions.

Yeah, it's coming to PC. From what I'm told the decision to restructure was made thanks to a major memory ceiling being reached on last gen with regard to the Rise of Iron expansion, which was set to launch in the spring, not fall. Bungie decided to push out D2 since it was behind and needed much more iteration, and took advantage of the Rise of Iron delays to use that as the content stop gap for the fall of this year.

Destiny 2 is being overhauled so that they can build upon it in the future without having to work within the frame work limitations that D1 setup. Right now, the way things play out, they have to introduce playspaces so that players can engage in systems or activities, but it creates a huge barrier that must be overcome on both the networking & design side so, they're going to do more open playspaces that incorporate towns, outposts, etc into more common areas. This means fewer hardlines for areas and having them be gated by menus. Goal is to have players conducting things & making activity decisions while still in control of their character, instead of having to exit out into an activity hub. Think of how in WoW, you hit a button and queue into activities you want to do all while still playing your character.

Major narrative changes are on board for D2. Both in terms of plot direction, pacing & structure. Major focus is going to be on the Cabal & Saturn. Saturn is a playspace is set to be bigger than all of the playspaces currently implemented in the game combined. This is in large part of the scale of playspaces being redesigned, so it'll be both bigger & denser with activities. There's a reason Guardians take the fight to Saturn.

Major changes to the engine are occurring. Their render tech has gone through some major iteration thanks in large part to getting to approach it without having last-gen as a limit. Because of this, they are still undecided what, if any, of Destiny's old content, both in terms of playspace, areas, Strikes & raids, will be available through D2. There is talk in possibly allowing D1 remain as its own client, which flies against how Destiny currently operates, where as the new content renders the old client & content obsolete.

Live team has been going through some iteration so that they may continue to support Destiny with content after a major content drop, but they are stuck between a rock & a hard place. The live team is trying to support a game running on an old engine with its older tools, whereas the bulk of development is on the engine framework & enjoying new tools. Because of this, the Live team is largely handcuffed, so don't really expect a whole lot of post-launch content for D1 in the next year.

If they do drop D1 content, it likely won't be permanent - they might reintroduce areas in a more 'D2' fleshed out way. So we might lose temporary access to these places, then regain it or have to fight back for control of it at a later point in the plot. This means we'll get to see older areas or activities through the perspective of the newer content, which also means the older areas might expand considerably by the time we get back to them, since the design goal for playspaces is to now make them both way bigger & way denser with activities.

That was just the tip of the iceberg of the Destiny 2 information shinobi was about to leak, though. He proceeded to mention that there'll be new enemies and new factions, as well as clarifying specifically why Rise of Iron caused Bungie to drop support for Xbox 360 and PlayStation 3.

New races & factions are planned. No idea on what's happening with regards to classes however. New enemies within factions are also going to be introduced. Take the Psions for the Cabal for example - they are going to get fleshed out in D2.

All of the races, including the Awoken, still have much room for expansion. The Fallen were originally another race that the traveller actually guided before it reached humans; The Vex were also a completely different race before they mechanized themselves into a Borg like race. They're also going to be introducing enemy factions that have motivation & goals. Right now enemies seem like creatures - D2 should hopefully make them more sentient with goals.

I'm told the new raid was causing an out of memory crash that just had no work around - the content NEEDED more RAM in order for it to exist.

When fellow gamers questioned his mention of Saturn as a playspace, he clarified that the locations will actually be Saturn's moons since the planet itself is a gas giant. Shinobi then hinted that Bungie is looking into space flight gameplay, but only for later franchise entries.

Yes. A few of Saturn's moons.

There's been talk of space flight gameplay, but that would be at a future point, like a Destiny 3 or 4. It's definitely been talked about. Turning the ship into an extension of the guardian. Right now it just serves a cosmetic purpose - they are definitely exploring ways to expand on that.

Finally, he mentioned that Sony is still very much invested in this sequel and there'll likely be some exclusives for PlayStation gamers. In case you're not aware, Sony struck a deal with Activision and got loads of timed exclusives content for Destiny.

Also, for people questioning whether or not Sony gets rights to further Destiny perks - the deals they have signed are practically for the lifetime of the franchise. Sony is all over that, and will be for the foreseeable future. Expecting Sony to not have some sort of exclusivity on some content is almost foolish at this point.

That isn't to say it'll be strikes or anything. They could be purely cosmetic going forward. But Sony wants the PS4/Pro to be the best place to play Destiny for, well, for as long as possible really. They like treating it like a 1st-party release, they're all in on the sequel. It obviously renews every year, but right now Sony is super vested in Destiny.

In all likelihood, Destiny 2 will launch on PC/PlayStation 4/Xbox One in Fall 2017. As such, we're not going to get lots of official information before E3 2017 but we will be sure to post any further leaks we find.