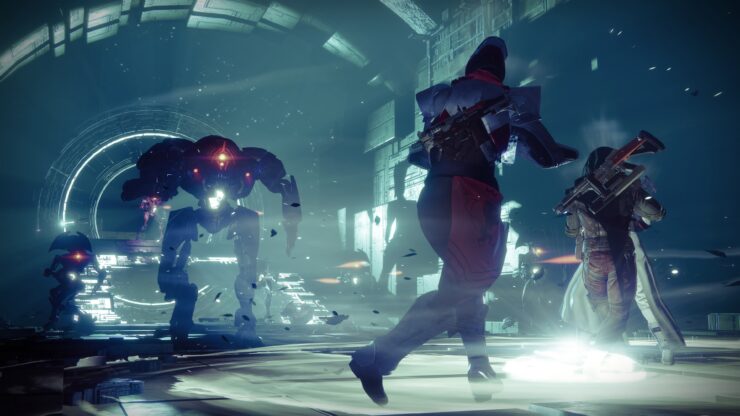 Destiny 2 is out today on consoles, but PC gamers will have to wait another six weeks or so. Still, the recent beta test put smiles on everyone's face, proving that Bungie (who is working with Vicarious Visions on the PC version) really meant it when they said they wanted to bring bespoke features for the platform.

Destiny 2 seemingly has it all. Multi-monitor support, Ultrawide and arbitrary resolutions support, multi-GPU and HDR support, unlocked frame rate up to 200FPS, customizable Field of View from 55 to 105 degrees, customizable key mapping and more.

The single most important aspect when running a game on PC is, of course, performance and Destiny 2 fully delivers on that front as well. In fact, Digital Foundry's recent test bodes extremely well for the game's release.

With a GTX 970 GPU and a mere Pentium G4560 clocked at 3.50 GHz, Destiny 2 can easily run at native 4K and a pretty much locked 30 frames per second with High preset, 16x Anisotropic Filtering and textures on Highest. This is with an increased graphics fidelity compared to PlayStation 4 Pro, where Bungie has been forced to use checkerboard rendering to get to 4K as well as dynamic resolution to keep the frame rate steady during the most chaotic situations; there are also low-resolution buffers on the PS4 Pro.

What about the coveted 60FPS target, though? Well, that's where things got interesting in Digital Foundry's test. After properly overclocking the GTX 970 and dropping a few graphics settings here and there, as well as the resolution to 1800P (3200x1800), Destiny 2 apparently runs at 60FPS most of the time. There are a few drops to the high 40s or low 50s in the busiest instances, but folks using VRR (variable refresh rate) with FreeSync or G-SYNC should be fine with it.

These are impressive results for a game that hasn't even shipped yet. Bungie could optimize the game further for all we know, but things are already looking rosy.