How to Delete Text Faster with 3D Touch in iOS 10 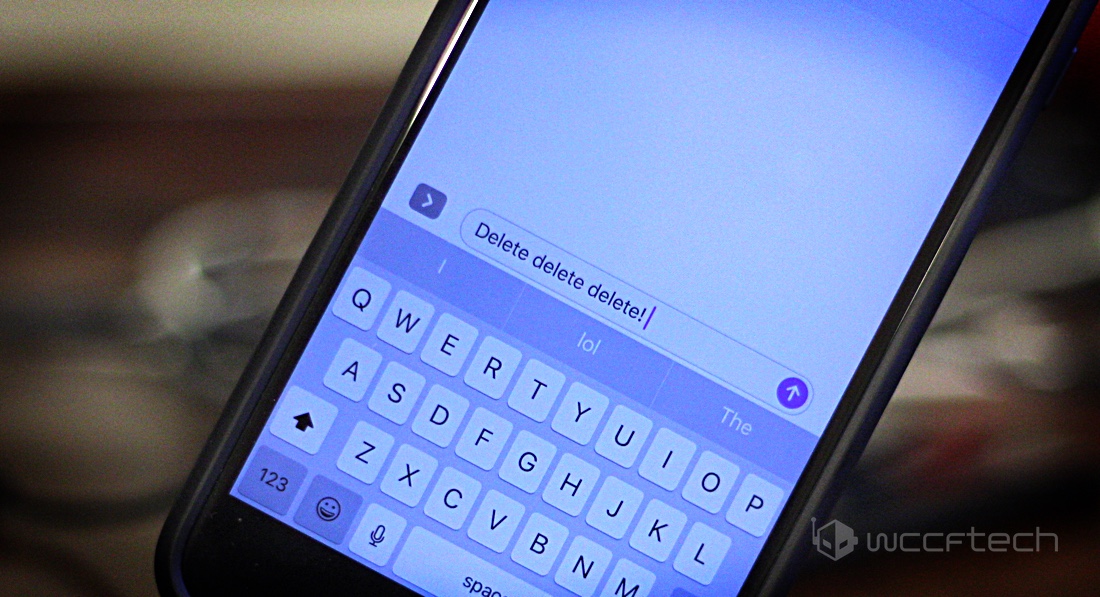 If you have a 3D Touch enabled iPhone then you will be pleased to learn that you can delete text much faster. Here's how it is done.

3D Touch is a godsend feature that enables you to perform a lot of actions quickly and swiftly. For instance, in the Notification Center, you can deep press on the 'Clear' button to clear all notifications. This, and other similar actions are littered throughout iOS 10, enabling the user to perform things that would otherwise take ages.

Today, you will be pleased to learn about a new 3D Touch feature, enabling you to delete a string of text much faster. Usually, you can do so by simply pressing on the 'Backspace' key. But, if you have a 3D Touch enabled iPhone at hand, such as the iPhone 6s or the iPhone 7 (Plus models included, of course) you can deep press on the 'Backspace' key, enabling you to delete the string of text much faster than usual.

There are a lot of little features which Apple has sneaked into iOS 10, and the list keeps on expanding as the operating system matures. Of course, there will come a point the feature additions will come to a halt. This usually happens when the next major iOS release is announced. In this case, we are talking about iOS 11, which is bound for reveal in June of this year. Once the operating system for iPhone, iPad, iPod touch devices is revealed, the first developer preview will be made available to download immediately. Only God knows what set of new features Apple's latest OS will bring with it.

Whatever they might be, we will be covering them in detail nonetheless. In the meantime, practice your newly learned trick on your 3D Touch enabled iPhone.