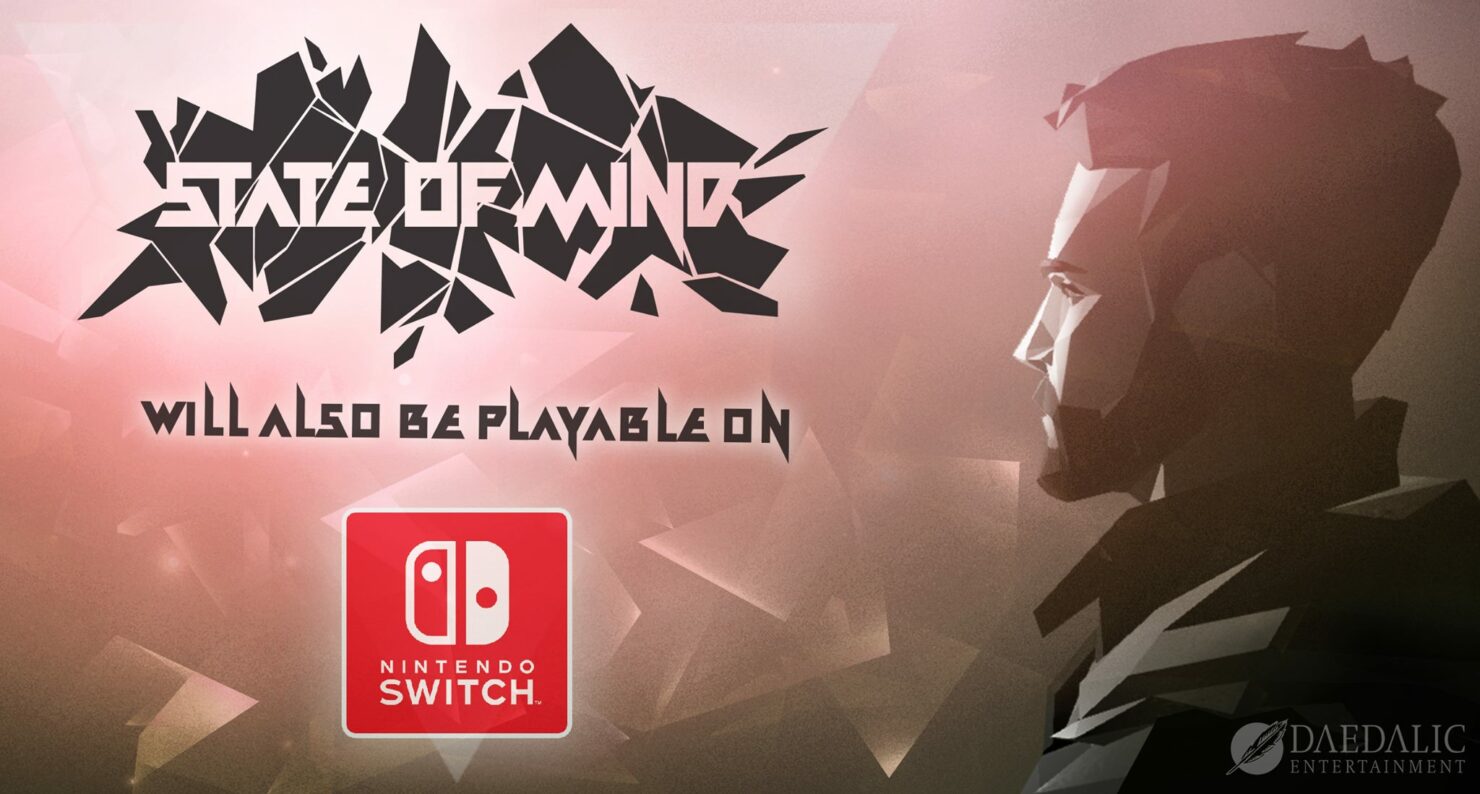 State of Mind, the futuristic thriller from Daedalic Entertainment, will also arrive on the upcoming Nintendo Switch later this year.

The German developer announced the news via Facebook this weekend. “We're so excited to announce that #StateOfMind will not only appear for PC, Xbox One and PS4 consoles later this year, but also for the latest Nintendo console!”, the announcement reads.

The futuristic transhumanist thriller written by Martin Ganteföhr was announced back in June of last year for PC, Xbox One, and PS4. The title will feature two fully explorable worlds with various playable characters and narrative layers. Deadalic has promised 20 hours of playtime through an immersive story with multiple choice dialogues influencing the game's world.

Berlin, 2048: Resources are scarce, overpopulation, war, advanced digitizing  and government surveilance, as well as robotics and cyber technology seem to be the herald of global catastrophe. In the wake of all this, humanoid robots claim human rights, while the military and futurists try to create artificial life.

In this dystopian world Richard Nolan, a father and journalist, tries to survive with his family. The industry's solution to all of humanity's problems, though, seems to be a new virtual world. Through mind transfer, people live their lives in a peaceful place called CITY 5.

But during Richard's upload, something goes wrong: he now exists in both places, the real world Berlin and as a second, incomplete version in virtual space. Now he tries everything to reunite with his virtual self and his family, but he soon realizes that his search for salvation affects not only him, but the future of all humanity.

State of Mind is a futuristic thriller written by Martin Ganteföhr, who's already established as a writer of outstanding games. The dystopian 3D adventure combines two diverse explorable worlds. Various playable characters as well as realistic low poly visuals let players submerge in a gritty but realistic vision of the future.

State of Mind is scheduled for a release on PC, Xbox One, PS4 and Nintendo Switch in the first quarter of this year.