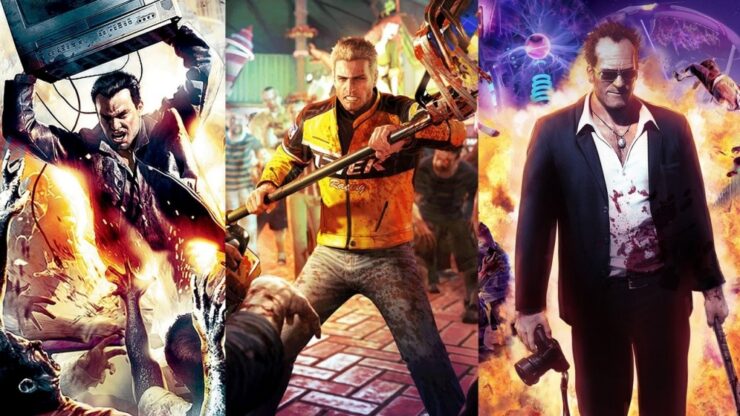 [Update 2] The remaster of the original Dead Rising is now available for pre-order on Steam. System Requirements have also been confirmed.

[Original Story]Last month, Capcom officially confirmed that remastered version of the first entries of the Dead Rising series are going to be released on PC and consoles later this year. And from today, Xbox One owners who are thinking about getting all the three remastered games will be able to pre-order the Dead Rising Triple Pack.

The Dead Rising Triple Pack, which includes the remastered Dead Rising, Dead Rising 2 and Dead Rising 2: Off The Record, is now available for pre-order on the Xbox Store. Better yet, all those pre-ordering it now will be able to enjoy a $10 discount.

The three Dead Rising remasters have yet to receive a final release date, even though the Xbox Store previously listed them with a September 13th release date. This release date has since been removed, but it shouldn't take that long to learn when players will be able to kill any zombie in sight together with Frank West and Chuck Greene.

Frank West will also be making his glorious comeback with the upcoming Dead Rising 4, which has been officially announced during Microsoft's E3 2016 Press Conference. The game has been confirmed as an Xbox One and PC exclusive for one year, with the game launching on Steam three months after it is made available on the Windows Store. Judging from this, it's quite likely that Dead Rising 4 will eventually be released on PlayStation 4.

The Dead Rising remasters will launch on a yet to be confirmed release date on PC, PlayStation 4 and Xbox One, with PC only getting the remastered Dead Rising. We will let you know more about the release date as soon as possible, so stay tuned for all the latest news.