Some images from an old test build had been shared a few days ago via 4chan; now, multiple independent sources including Kotaku's Jason Schreier have confirmed this to be all true.

Schreier also tweeted that State of Decay 2, the highly anticipated and rumored online version of State of Decay by Undead Labs, should be announced during the conference; there won't be any shortage of zombies, that's for sure. If the previous game is any indication, we'll get State of Decay 2 on both Xbox One and PC.

There's more on Dead Rising 4. According to the 4chan source, the game has been fully funded by Microsoft and thus will release on Xbox One and Windows 10 PC as a Windows Store exclusive. 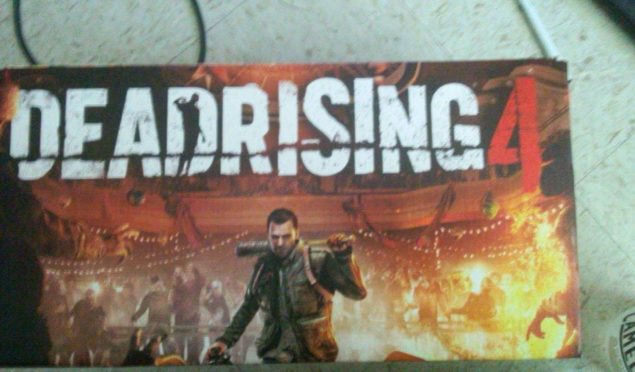 The atmosphere will be once again "goofy" and "batshit crazy". Frank West will be the protagonist, but Capcom Vancouver also added a four player co-op allowing three friends to join the fray with previous characters like Chuck, Nick and Annie.

With journalist Frank West once again onboard, photos will be back and in fact it will be even possible to snap "selfies with Frank". Many "cosplay" items are also expected to be in Dead Rising 4.

On Neogaf, user Enter the Dragon Punch had previously teased this and is now providing more info. The game is apparently a remake of Dead Rising 1, though there will be "enough new content" starting with the inclusion of the whole town (instead of just the mall). It's also set at Christmas time, which fits one of the leaked images (see below).