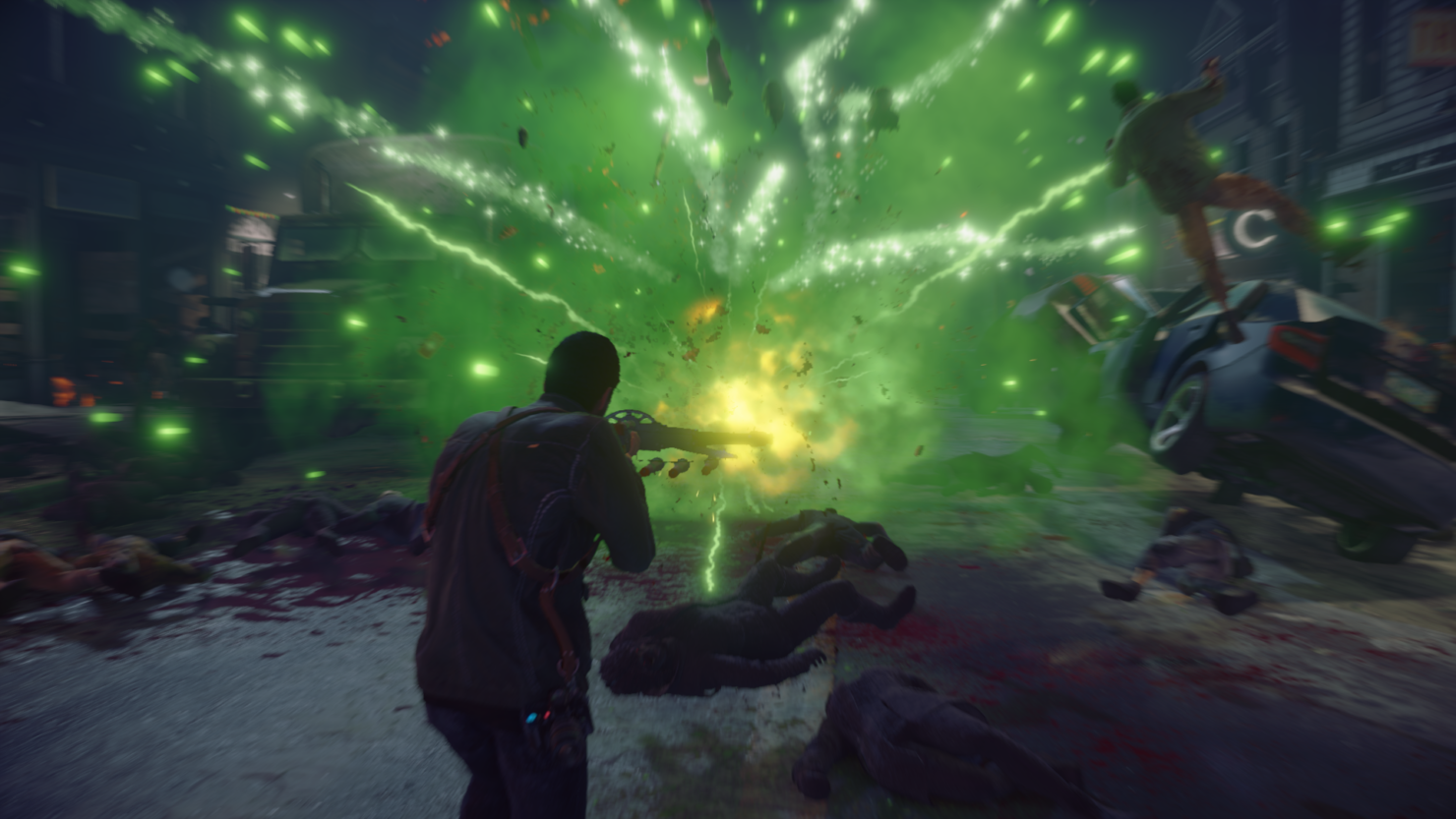 It's a big year for Dead Rising, between the remastered Triple Pack (which we've just reviewed) and the upcoming brand new Dead Rising 4.

There are a few elements that people will recognize from Dead Rising 1. What we really wanted to do with this story is tell the rest of Frank's story, so this is really picking up where we left off with Frank and closing that story off with him.

Frank's older, but he's smarter now. He's still a smartass, he still got a fairly healthy ego, but he's kind of mellowed out in the sense that he'll still go charging in to save the day and he'll look like an idiot doing it, but it doesn't matter to him how bad he looks anymore. He's not graceful at all, but he doesn't care if he's graceful anymore.

He's not trying to impress anybody - they're all zombies, anyway. We really did a lot of character development with Frank, we tried to make him a little more relevant.

The developers said that while there'll be a great story, the game will keep the usual boatload of side content spread throughout the map.

There's a great story in our game, there's a whole bunch of hidden stuff. But the thing that we've learned is that we're really giving people a sandbox to play in, and after blowing up some stuff they'll head towards the mission. But on the way to the mission there'll be some side content quests and a survivor asking for help, so Dead Rising 4 is like the perfect ADD game ever. If you're easily distracted, we give you a ton of things to do.

Dead Rising 4 is scheduled for a worldwide release on December 6th, 2016. It will be available for Xbox One and PC via Windows Store first, with a Steam version coming three months after the original release and a PlayStation 4 version coming twelve months later. Check out the latest trailer below.