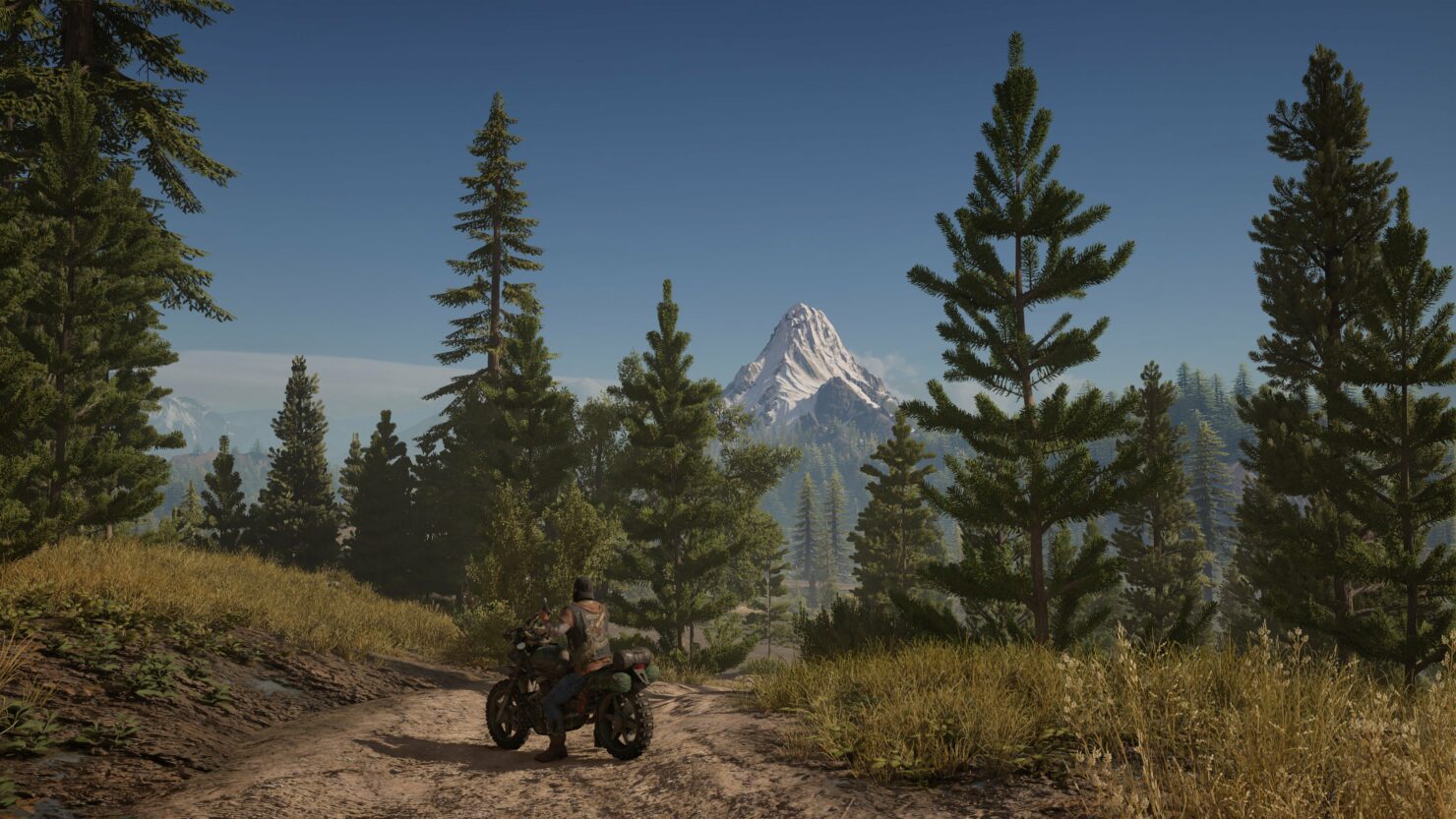 The new gameplay demo showcased the dynamic nature of the game world, where extreme weather plays an important role and random events will occur. For instance, under snowy conditions the bike will be harder to handle, but on the flipside Freakers (basically zombies, albeit not dead but infected) are more powerful but have trouble seeing. Human enemies such as Marauders will also have reduced visibility, allowing players to sneak up on them more easily.

However, Sony Bend only opened up about Days Gone's story with the Official PlayStation Magazine UK in August's #138 issue.

The story is going to be about exploring Deacon as he moves through the world, how he changes, and one of our big themes is hope. Even if you live in the shit, how do you get out of that and how do you make a life worth living?

Deacon's loyalty to those he cares about - his willingness to risk his own life for a friend - illustrates one of the central themes in Days Gone: if surviving isn't living, what does it mean to truly "live"?

What's worth fighting for? Why do we keep fighting when the world looks so bleak? If hope never dies, what gives us hope?

It sounds like an interesting take, though it remains to be seen whether Sony Bend can fully deliver on the game's promises. After all, the studio based in Oregon last released Uncharted:

Days Gone will run at dynamic 4K resolution on PlayStation 4 Pro consoles and HDR support has been already confirmed, too. As to its release date, Sony Bend wouldn't budge, telling Geoff Keighley during E3 2017 that they are currently working very hard on the game and aren't ready yet to talk about a release date.

We'll let you know once there are more concrete details on the launch window, of course.