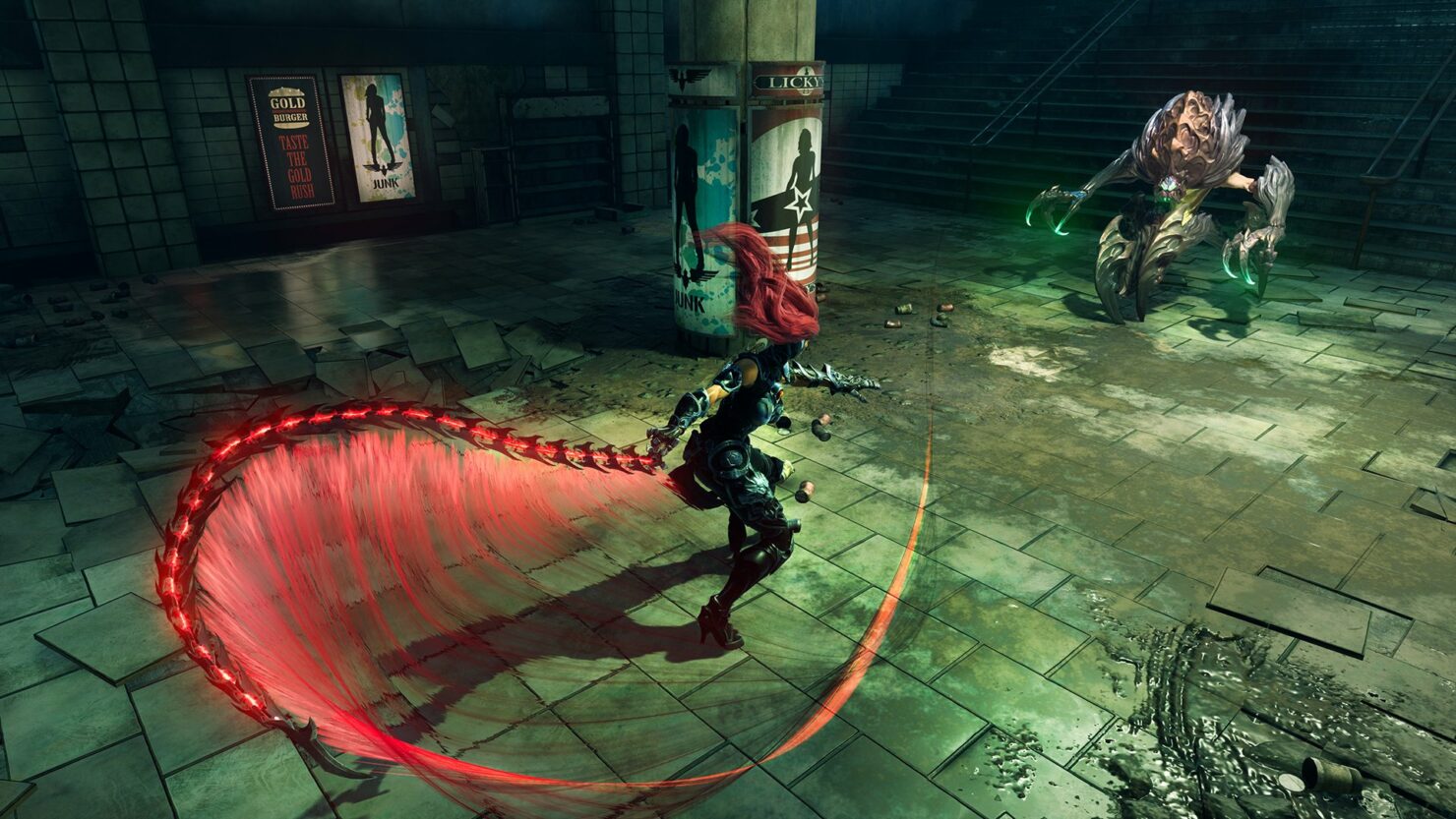 It's been some time since the release of a new entry in the Darksiders series, not counting the enhanced versions of the first two games, but THQ Nordic hasn't been keeping idle, as today it's been revealed through unofficial means that a third entry in the series will release in the future on consoles and PC.

Earlier today, Amazon leaked the first Darksiders 3 screenshots, alongside some gameplay details which confirm the identity of the new main character, a mage called FURY who has to rely on her whip and her magic to restore balance on Earth.

Play as FURY - a mage who must rely on her whip and magic to restore the balance between good and evil on Earth!
Harness FURY's magic to unleash her various forms - each granting her access to new weapons, moves and traversal abilities
Explore an open-ended, living, free-form game world in which FURY moves back and forth between environments to uncover secrets while advancing the story
Defeat the Seven Deadly Sins and their servants who range from mystical creatures to degenerated beings
Darksiders signature art style - expansive post-apocalyptic environments that take the player from the heights of heaven to the depths of hell, dilapidated by war and decay and overrun by nature

Amazon is listing Darksiders 3 with a December 31st, 2018 release date, a placeholder date which may indicate a 2018 release date for the game. We will keep you updated on the matter as soon as possible, so stay tuned to Wccftech for all the latest news.