Dark Souls Series Has Sold Over 8 Million Copies, 40% of Which Were on the PC 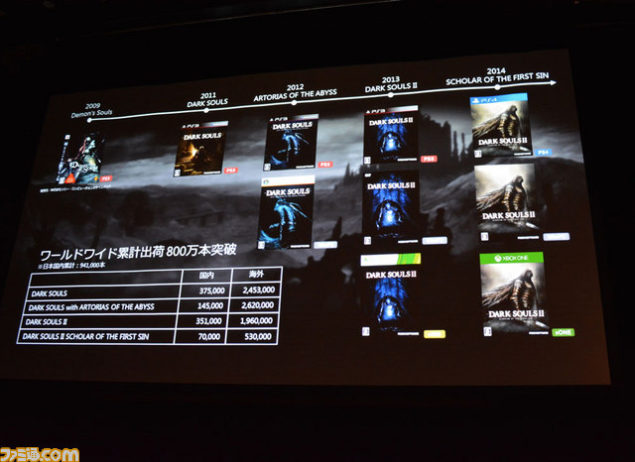 This could serve as an indication of the success that the series has with PC gamers amd hopefully the recently announced third iteration of the series will be granted the full attention it deserves with a worthy PC version.

Developed by acclaimed Japanese developer From Software and directed by Hidetaka Miyazaki, DARK SOULS III is the latest chapter in the critically acclaimed DARK SOULS series with its trademark sword and sorcery combat and rewarding action RPG gameplay. Players will travel across a wide variety of locations in an interconnected world of unrelenting challenge and deep RPG gameplay as they search for a way to survive the coming apocalypse.

“The DARK SOULS brand became a phenomenon thanks to amazing work from our dear partners From Software and our very own BANDAI NAMCO Entertainment teams”. said

“But above all, we are blessed to have such a supportive and loving community, and we are happy to dedicate this final episode to them!”

“The level design, as well as the enemy placements, everything has been arranged to kill you. But you can actually use those to your advantage as well”

DARK SOULS III will arrive on Xbox One, PlayStation 4 and PC early 2016.