The new entry of the Dark Souls series, Dark Souls III, is going to be released in all regions in a few months. While the game will only reach North America and Europe in April, Japanese players will be able to enjoy the new action role playing game developed by From Software from late March. To better promote the game in Japan, From Software has recently released a Dark Souls III promotional pamphlet and a scan of this pamphlet has surfaced online a few hours ago. 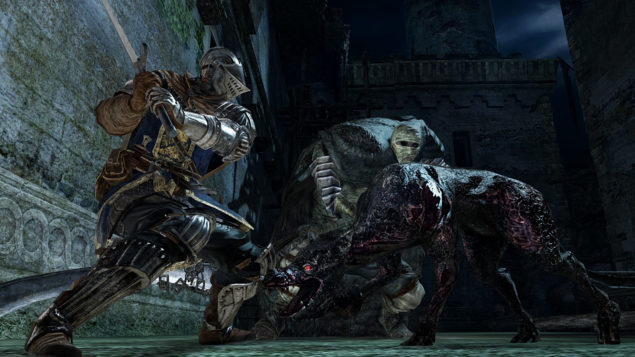 The new Dark Souls III promotional pamphlet highlights some of the game's features, also showing some in-game screenshots and the Japanese pre-order bonuses, which include a Deluxe Map and original soundtrack CD. Reddit user TheMindWraith has also translated the pamphlet in English, allowing non-Japanese speakers to understand it in full.


Dark Souls III is the third entry of the popular series developed by From Software, a series that has managed to become quite successful in recent times thanks to its challenging experience and great atmosphere. The new game promises to be the best entry of the Dark Souls franchise thanks to a variety of new features and enhancements such as a much faster combat speed, a renewed focus on the role playing elements, an improved character builder, a smaller but better connected world and more. With series creator Hidetaka Miyazaki directing the game, Dark Souls III will surely be the perfect game for those who have loved the original Dark Souls and last year's PlayStation 4 exclusive Bloodborne.