If a recent listing from retailer Geekay games is to believed, From Software's Dark Souls 3 (III) is scheduled for a release on April 12. 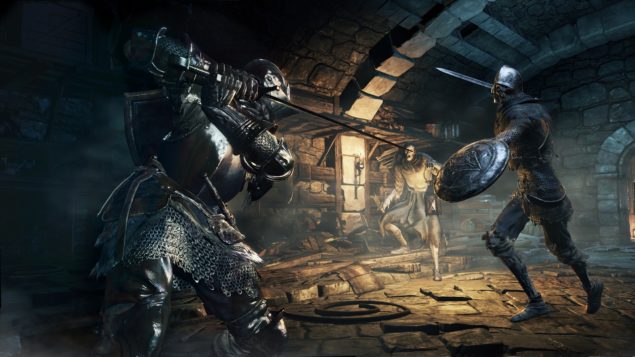 On top of that, the retailer has listed a Prestige Edition and a Collector's Edition of the title for PC, PS4, and Xbox One. During the Tokyo Game Show this year, publisher Bandai Namco already confirmed a April 2016 release date.

DARK SOULS III pushes a deeper sense of role-playing than previous iterations of the series with key additions that provide players with a set of tools and in-game options to customize their gameplay experience. Skills, a new addition to the DARK SOULS combat mechanics, adds attack modifiers to each weapon type, allowing players an increased tactical advantage in combat. Increase an axe’s attack power with War Cry or break an enemy’s guard with a quick upward swing from Ready Stance. The choice of if and when players use these added abilities is up to them. Players will also be able to equip their character with a wide variety of armor sets, medieval weaponry, as well as come across powerful sorceries and miracles as they develop their own personal style of play.

The Prestige Edition of the game, includes a Collector's Box, Metal Case, 3 Iron-on patches, the game's soundtrack, a cloth game map, an a4 hardcover artbook, and a 40cm  Lord of Cinder figurine. Oh yea, the game is also included. If this listing is correct, his prestige edition will make you $ 489.86 (1799 AED) lighter, a bit much if you ask me. 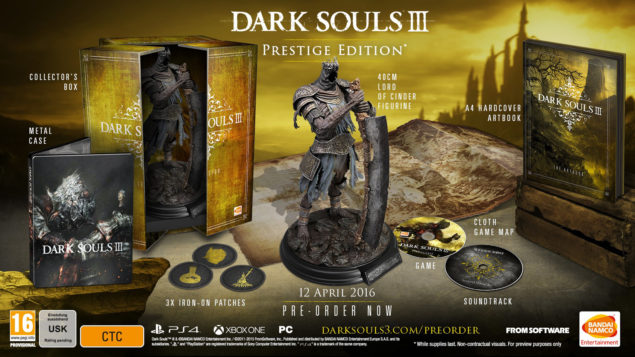 The Collector's Edition of Hidetaka Miyazaki's brutal Souls sequel includes the game itself, the soundtrack, the Collector's Box, a Metal Case, 3 Iron-on patches, a cloth game map, an a4 hardcover artbook, and a 25cm  Red Knight figurine. According to the listing, this edition will sell for 499 AED (United Arab Emirates dirham), which equals around $ 135. 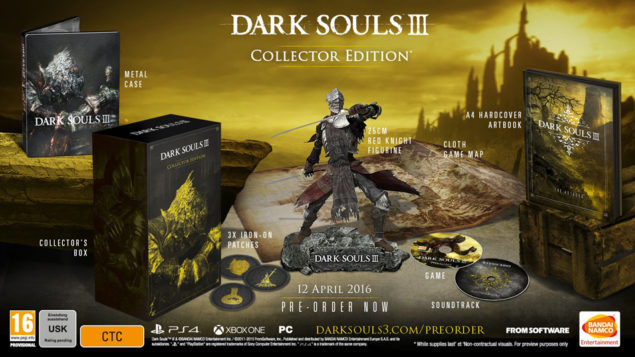 Interestingly enough, the images were removed from the site as I was creating this article. Furthermore, Dark Souls III isn't searchable on the site any longer.