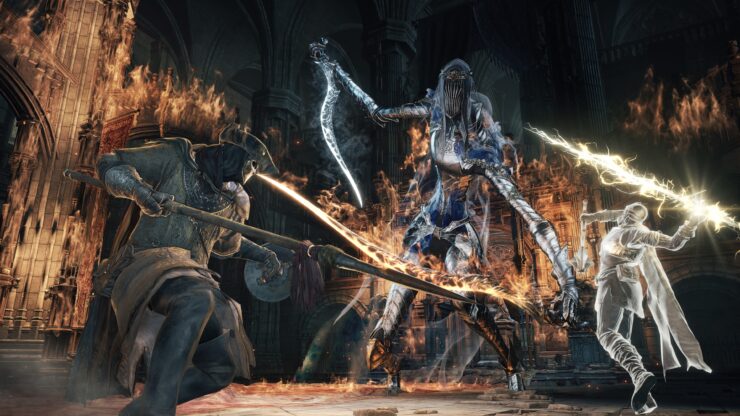 In a little over a week, Dark Souls 3 will receive its first DLC pack, called Ashes of Ariandel, which promises to expand the game's experience in some interesting ways. Before the DLC packs become available in all regions, Dark Souls 3 will get yet another update which adds support for the first expansion as well as plenty of balance tweaks.

The Dark Souls 3 1.08 update will be released this Friday, October 21st, on all formats. Alongside the already mentioned DLC support, the update will improve regular attack animations for different weapon types and fix a variety of bugs.

Here are the full update dates for the Dark Souls 3 1.08 update.

Adjusted poise values across the board. Poise is now more effective for heavier weapons and armor.

Fixed a bug where rolling attacks on Astora's Greatsword could not be parried.

Improved the "Wrath of the Gods" weapon skill animation for Wornir's Holy Sword.

Fixed a bug where the player's lock-on target would automatically change even if "Toggle auto lock-on" was set to "OFF".

Fixed a bug where the leader board for Darkmoon Knights would display incorrect statistics.

Fixed a bug where the fog wall near Holy Knight Hodrick would sometimes not disappear during multiplayer even after defeating him.

Fixed a bug where Orbeck of Vinheim would sometimes die before the player purchased all his spells.

Fixed a bug where Patches and Greirat would never return if sent to steal after defeating all bosses.

Fixed a bug where female characters were subject to counter damage during certain movement animations.

Fixed a bug where equipping Vordt's Great Hammer or Irithyll Straight Sword in the left hand would cause enchantments to disappear from weapons in the right hand.

Fixed a bug where two-handing certain weapons would cause the stealth effect on Slumbering Dragoncrest Ring to not work correctly.

Fixed a bug where Hornet Ring was not working for claw category weapons.

Fixed a bug where dash attacks could not be performed using Farron Greatsword.

Fixed a bug where dash attacks using Onikiri and Ubadachi were not dealing thrust type damage.
Addressed other game balance issues and fixed other flaws.