Dark Souls 3 is one of the more anticipated titles releasing this year and From Software knows this quite well. The team has been showing more of the game in the past few days and earlier today something new on some of its gameplay mechanics has surfaced online thanks to a new livestream. 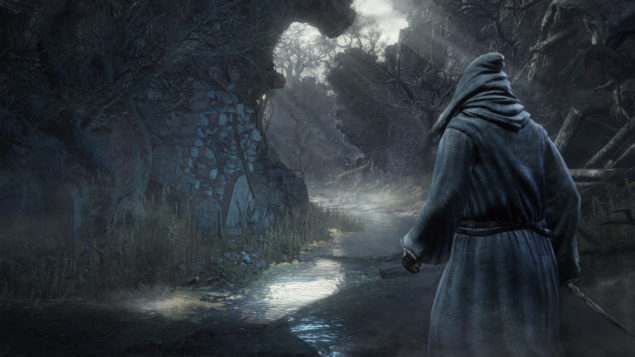 The new Dark Souls 3 gameplay footage has been provided by PGMadeira, who has managed to record it from today's livestream. The footage showcases plenty of knife and bow action so make sure to check it out if you're eagerly anticipating the action role playing developed by From Software.

Last week some new Dark Souls 3 screenshots have surfaced online, showcasing some of the game's locations, characters, enemies and more. A new boss called the Ludex Gundyr has also been revealed by the new screenshots.

Last week, Dark Souls 3 has been made available for pre-order on the Japanese PlayStation Store. All those who pre-order the game this way will have the chance to win a rather interesting Dark Souls 3 figure, a life-size figure of a knight measuring 196 × 140 × 90cm (height × width × depth). This exclusive figure has only been confirmed for Japan and we don't know if something similar will be offered in North America and Europe.

Dark Souls 3 promises to be the best entry of the Dark Souls franchise thanks to a variety of new features and enhancements such as a much faster combat speed, a renewed focus on the role playing elements, an improved character builder, a smaller but better connected world and much more. The influence of last year's Bloodborne is pretty clear, so all those who loved the PlayStation 4 exclusive game will surely find plenty to like in the new game from the team.