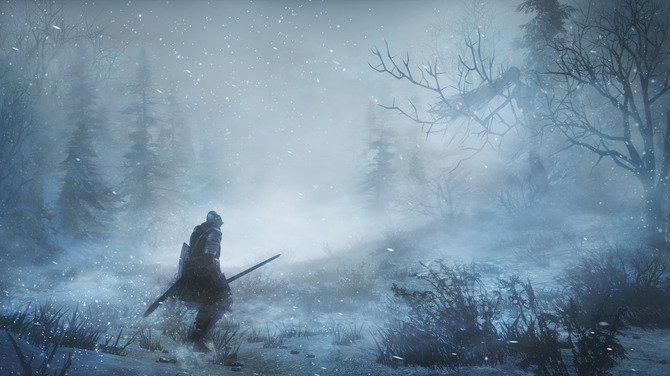 Dark Souls 3, the latest entry of the series developed by From Software, recently received a new patch which introduces several changes and tweaks to the game's balance. As it usually is, not everything is revealed through the patch notes, so it's up to players to discover some of the additional changes.

A few hours ago, Reddit user d_bert91 posted his findings on the Dark Souls 3 subreddit, confirming some rather interesting changes. The new patch, as expected, adds an option to buy DLC.

I started testing the update exactly when the patch went live. Here are the results.
Darkdrift now has shield piercing for its running attacks and rolling attacks.
Harpe, shotel, Carthus shotel, and Man Serpent hatchet now have shield piercing for all of its attacks (I forget to check jumping attacks so it would be good to double check this). I did not test the crescent moon sword due to the spilt damage but I would assume it is the same. The man serpent hatchet shield piercing damage seems to have increased quite a bit to have the best shield piercing properties in the game. The damage is still lower than in previous games.
The Perseverance buff poise and the defense boost appears to have only affected great hammers and has no change to the hammer class. I am now able to get 2 swings off before the effect goes away. Seems very deadly with Morne's Great Hammer as the effect persists after the wrath of the gods attack has been unleashed.
I didn't know exactly what to test on medium shields but I am suspicious that the stamina cost for parrying has been increased but I am not sure if this already existed as is.
Issues that still stand: Astora's greatsword 2 handed rolling attack doing the same damage as a two handed strong attack, 2 handed charged whip attacks does the same damage as uncharged.
Edit: There is now an option to buy add on's in the main menu but it tells you the content is not available yet.

Yesterday, the first screenshots of the Dark Souls 3 Ashes of Ariandel DLC have emerged online through magazine scans. Today, the game's Japanese website has been updated with better quality screenshots, which highlight the unique atmosphere of the new locations and more.