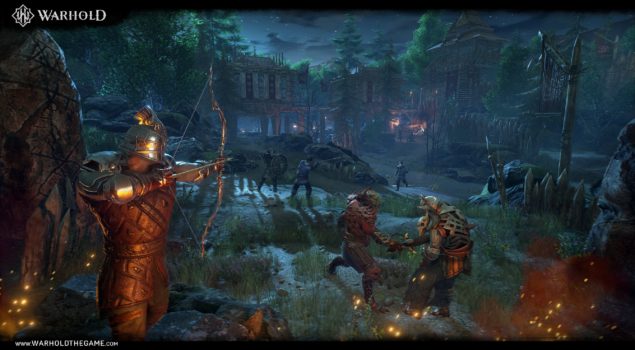 Every player becomes a Sovereign - a mighty warrior, keeping Ancient Knowledge and Deadly Spells. The Sovereigns combat with each other for power and sources.
In times of peace the Sovereign rules his city-state.

There are four character classes available for player’s selection: Marauder, Sniper, Possesses and Reaper. Each of them has its own set of skills, abilities, combo-attacks and talents.
Well thought-out system of character’s progress, tons of armors and weapons expand characters abilities in the battle party. Up to 20 players can take part in the battle party at the same time.

The battles are held in the enclosed arenas in well-known modes of DM, TDM, CTF, Domination. The game requires high player concentration, as the characters cover each others weaknesses and reinforce strong points, increasing the chances for victory.
Players get experience, gold and resources needed for his progress after battle.

Every Sovereign rules his city-state. He’s free to do whatever he wants, determining the way of city development, constructing new buildings, coordinating citizens work and also have an eye on their loyalty to him. All his decisions are strategically significant.

Warhold is now in a Pre-Alpha state and it's being developed for PC. Check out a mix of in-game screenshots and artwork alongside the reveal trailer below; you can find out more on the official website.