Phil Spencer teased a potential PC release of D4: Dark Dreams Don’t Die, back in March. Today, creator Hidetaka "Swery" Suehiro confirmed that the game will indeed be released for the platform.

@BronsonLee @famitsu Yes. D4 will be release for PC. #ThanksObama

Developer Access Games is currently working on porting the game to PC and re-jigging the controls for mouse and keyboard. Even though there is still no specific release date for the PC version of D4, we should probably expect it really soon.

D4: Dark Dreams Don’t Die is an episodic mystery adventure game released exclusively for the Xbox One and made use of the Kinect. D4 sucks the player straight into its world and connects them directly with the action and drama.

D4's story is interwoven with charming characters who are brought to life through uniquely-designed original graphics, and the game is fully playable using the Kinect gesture controls. D4 recreates players' movements and emotions on-screen, as if the players themselves are characters in the game. This reproduction of sensory experiences synchronizes the player with the main character, allowing for a higher level of immersion than ever before.

This is the story of a man with a very strange fate. His name is David Young – formerly with the Boston PD Narcotics Unit, now a private detective. He possesses the supernatural ability to “dive” into the world of the past by touching left-behind items called “mementos.”
Two years ago, Young’s wife was killed by an unknown assailant. In her last breath, she told him to “Look for D.” From that moment on, the search for 'D' became Young's whole life – nothing more, nothing less.
Suddenly, he receives a case that might be related to 'D.' This case revolves around a courier for a drug called “Real Blood” who vanished after coming forward to testify against a drug lord known as “D.” Apparently, he vanished from thin air while being escorted to Boston in an airplane.
Finding the vanished courier could lead to the identity of 'D.' If Young obtains a memento that could take him back to that fateful day… then perhaps he’d be able to change his destiny.
And so, David Young dives into the case of the vanishing courier, as the wheels of fate begin to churn once more... 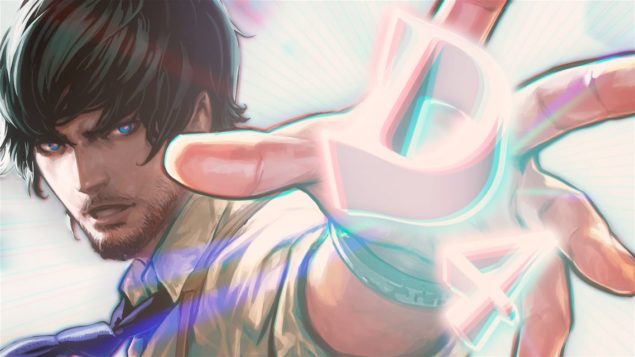 The main character was once a highly esteemed BPD investigator, until he lost his wife in an incident two years ago and resigned. Young was heavily injured in the incident, and doesn't really remember what happened. Soon after, he realized his accident gave him the ability to dive into the past by using the memories in left-behind items called 'mementos.' Currently, he works as a private detective out of his one-room apartment in Thompsonville.

His wife's dying words were "Look for D..."
With that phrase etched into his mind, he continues to search for any cases connected to 'D.'

We will bring you any news on D4: Dark Dreams Don't Die as soon as it becomes available.