Cydia Facing Problems – Might Disappear Completely According To Its Creator

Cydia is a name which has been permanently associated with jailbreaking all around the world. the app allows users and jailbreakers all around the world to download and upload tweaks. Tweaks as we all know are special application designed to be used with jailbroken devices such as the iPhone or the iPad. The tweaks provided through Cydia are mostly free. The legend jailbreaking application was created by Jay Freeman, a programmer and hacker also known by his nickname 'Saurik', in the jailbreaking community. Cydia stands for the 'Cydia Pomonella' which, in layman terms is also known/seen as the 'worm in the apple'. Well, according to Mr. Freeman, the software application may not be here with us forever, due to a variety of reasons. 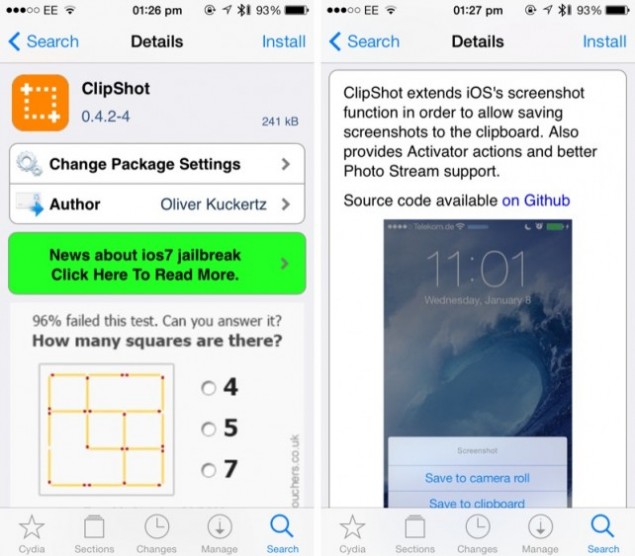 According to Mr. Freeman, softwares competition to Cydia are popping up real fast in the jailbreaking community. The reason behind this, according to him isn't that the competitors are motivated to offer a better product. Rather, they're motivated solely by profits. According to Mr. Freeman, his motivation behind developing and maintaining Cydia has never been profits. It has been a curious mixture of dedication to quality and the need to keep on doing something new, something Mr. Freeman feels responsible for. Market share or money has never been my motivation, says Mr. Freeman. Due to this, several competitors have started popping up as direct competitors to Cydia. They seem keen to grab the share that Cydia is currently missing out on, and to maximize their profits. In a reply to this, Mr. Freeman says that 'Competition does not motivate me'.

Competition is what Mr. Freeman believes destroys the jailbreak community. Through Cydia, Mr. Freeman states that he intends to take care of the community and not of the market. In addition, there is another reason according to which Cydia might become obsolete in the future. Mr. Freeman believes that in the near future, a time will come when it will take longer for the public to see a jailbreak for the iOS than it can tolerate. This will render any jailbreaking applications such as Cydia obsolete. To read fully what Mr. Freeman has to say about Cydia and the jailbreaking community, click here.