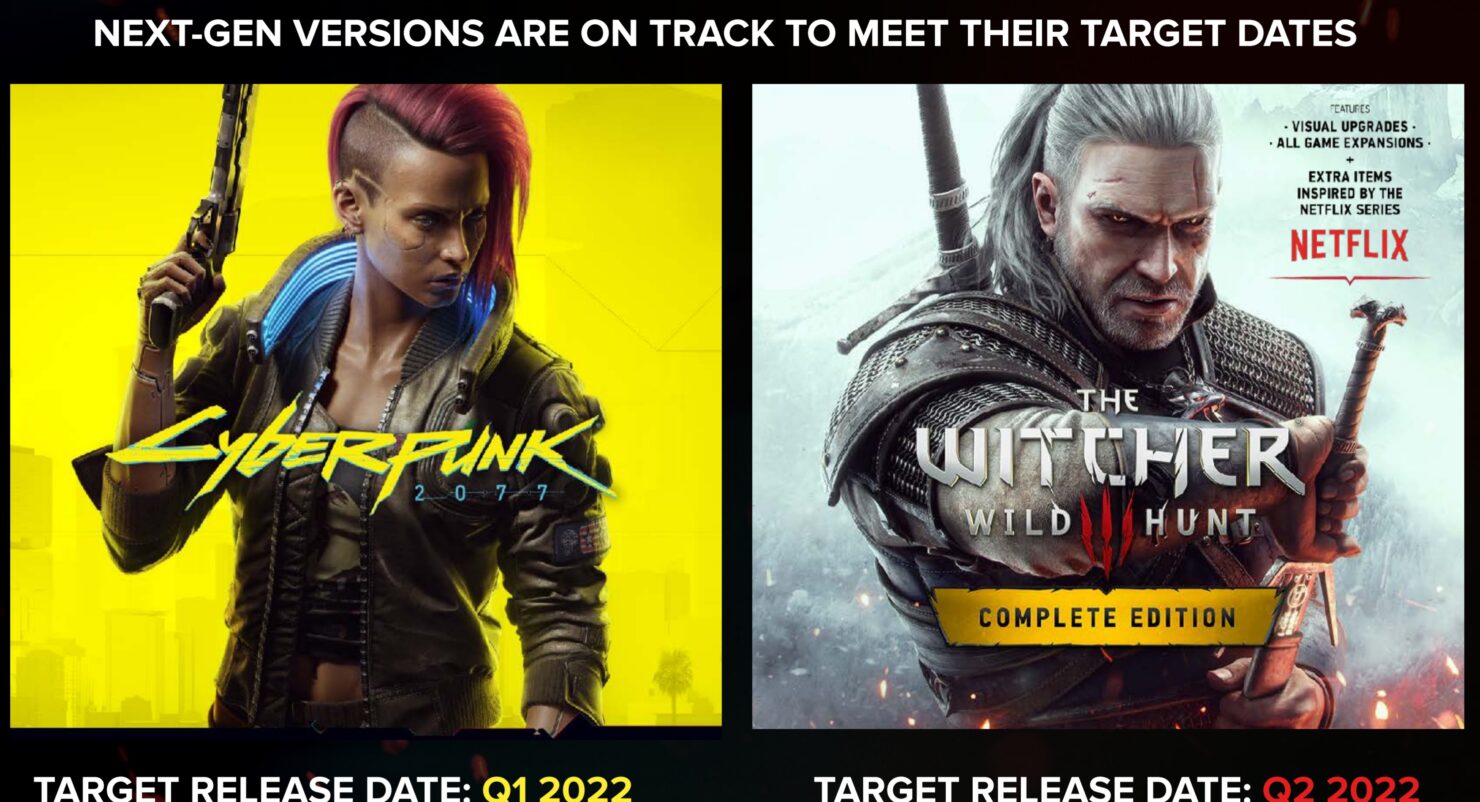 During CD Projekt RED's Q3 2021 earnings call, president and CEO Adam Kiciński confirmed that both Cyberpunk 2077 next-gen and The Witcher 3 next-gen are on track for their new respective release windows of Q1 2022 and Q2 2022.

During the Q&A segment of the presentation, Kiciński explained why both were delayed out of their original Q4 2021 targets. With Cyberpunk 2077, CD Projekt RED clearly wants to ensure the next-gen version launch will be smooth unlike the original launch on PlayStation 4 and Xbox One consoles. Interestingly, the executive said a set of system-level improvements are also happening with Update 1.5 (due to launch alongside the next-gen version), and that's mostly where the testing is taking place.

The Witcher 3 is different. Due to its relatively old age, CDPR and Saber Interactive (which is leading development on the next-gen ports) want to ensure the newly added technologies like ray tracing won't cause any problems.

As I said during the presentation, the development of both next-gen games is on track to meet their targeted dates. With Cyberpunk 2077, we're currently at the test stage, so we have to be sure that what we are releasing is in a very, very good shape and this requires substantial effort since the next-generation version includes graphical updates exploiting the potential of the new consoles along with a set of system-level improvements. I'm talking about systems that are general to the game, not a revolution, but still, they can interact with other systems so we have to be sure that there is no regression whatsoever and mostly for this, we need some extra time for testing.

Later in the Q&A section, Kiciński also answered a question regarding the likelihood of Cyberpunk 2077 joining subscription services such as Microsoft's Game Pass or Sony's PlayStation Now. It may happen, he said, but not until much later.

We always consider any business opportunity, but this kind of subscription model is good at a certain moment of the life cycle of the product, so not too early. The Witcher 3 was available for some time with those subscriptions, but we have to weigh the benefit and cost each time, we have to compare it to sales and so it's rather a decision based on data. It's way too early for Cyberpunk 2077.

CD Projekt RED is also working on the Cyberpunk 2077 expansion, but no details were provided with regards to its scope or release window.