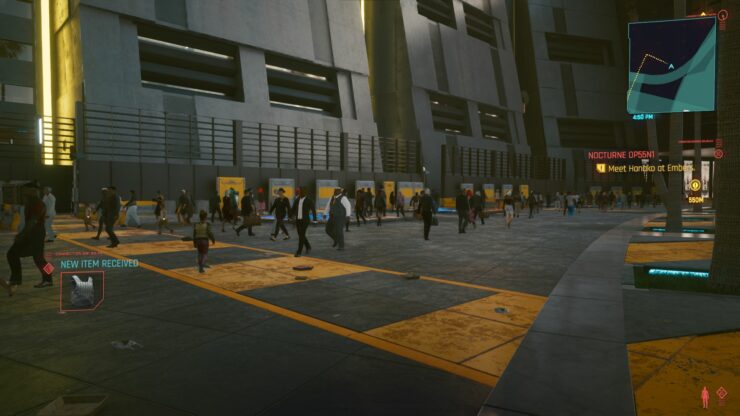 A new Cyberpunk 2077 mod that has been released online introduces some very welcome improvements for non-playable characters roaming Night City.

The first new mod is the Alternate Crowd Behavior, an .ini file tweak that alters how crowds are generated, how they move, and how they react to one another, attempting to fix one of the most glaring issues currently found in the game.

Simple INI file changes that change how the NPC's walking around act and react to each other.

Primary changes are in relation to how they pass each other, greatly reducing the semi-circle walkaround behavior of the original which causes the crowds to significantly spread out.

Note - this does not stop the NPC's from disappearing if you do something that scares them. Unfortunately whatever is removing them is not controlled by any INI settings

The Cyberpunk 2077 Alternate Crowd Behavior mod can be downloaded from Nexus Mods.