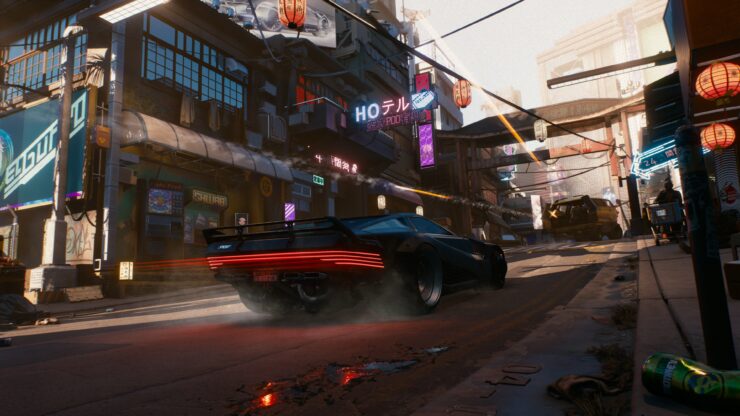 Just yesterday we got a brand new Cyberpunk 2077 screenshot and the confirmation from developer CD Projekt RED that there'll be many explorable buildings in the final game.

In an interview with Metro GameCentral published a few hours ago, Patrick Mills, Quest Designer at CD Projekt RED, likened games like The Witcher 3 and Cyberpunk 2077 to collaborative art pieces rather than just consumer goods for the mass market.

We’ve taken something where everyone looks around and you can see the issues. And you might have different perspectives on them, and even within our development team, the game is being made by huge numbers of people with very different opinions. I have co-workers – colleagues, good friends – that I disagree with very, very strongly and they very strongly disagree with me. And all of us are making this together. It’s very likely that when you play this game, just like Witcher 3… there are contradictions in Witcher 3. There’s scenes that say one thing and there’s scenes that say something else. And they may be a contradiction but that’s great, that’s wonderful. These are not just mass market consumer goods they are also these collaborative… god, this sounds pretentious but they’re collaborative art pieces at the same time. Just like movies, just like television. I like to think so.

It's an interesting take and one where Mills is in disagreement with a fellow colleague. In late 2016, Story Director Martin Blacha stated he didn't believe the company's The Witcher games were work of art.

With regards to the fictional world portrayed in Cyberpunk 2077, Mills then said he'd like players to be conflicted on whether it would be a place worth visiting.

If you don’t think you’re one of the people that’s going to wind up on top there is a seductive energy where you look at this world which is so rippling with texture and life. And you say, ‘You know what? This is a miserable place but I want to live there anyway’. I want people to play Cyberpunk 2077, walk around Night City and maybe be a little bit conflicted: ‘Is this a place to visit or is this a place to stay?

Last but not least, he said that players can expect a similar amount of quests to The Witcher 3, though of course an exact number can't be provided given that Cyberpunk 2077 is still very much under development.

We'll keep you posted on any newsworthy updates for this hugely anticipated game. Stay tuned!