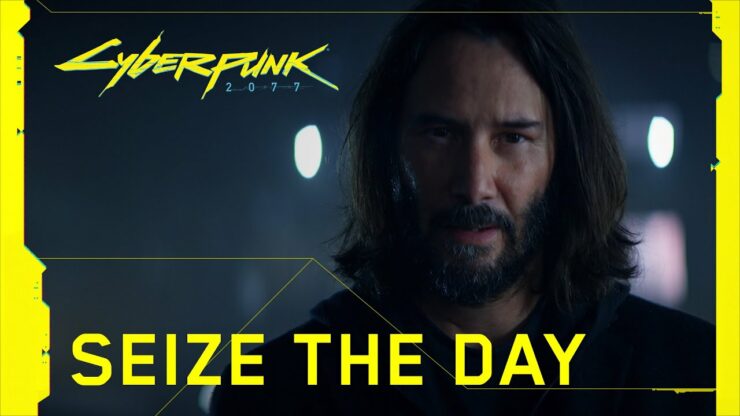 [UPDATE] CD Projekt RED's management board released a statement regarding the removal of Cyberpunk 2077 on Sony's digital storefronts.

Subject: Temporary suspension of the availability of Cyberpunk 2077 on PlayStation Store

The Management Board of CD PROJEKT S.A. with a registered office in Warsaw (hereinafter referred to as “the Company”) hereby publicly discloses the decision of Sony Interactive Entertainment (hereinafter referred to as “SIE”) to remove Cyberpunk 2077 from PlayStation Store until further notice. The decision was undertaken following our discussion with SIE regarding a full refund for all gamers who had purchased Cyberpunk 2077 via PlayStation Store and want a refund at this time. All copies of the game previously purchased digitally on PlayStation Store remain available for use by their respective buyers.

Gamers can still buy physical versions of the game in retail and mail order stores. All copies, whether digital or physical, will continue to receive support and updates from the Company.

The Management Board of the Company has decided to publicly disclose this information in the form of a current report due to its potential influence on investment-related decisions.

Shortly after issuing a statement of apology regarding the nigh-unplayable performance of Cyberpunk 2077 on last-gen consoles, CD Projekt RED began the steps of offering a limited window of refunds for gamers that purchased Cyberpunk 2077. CD Projekt RED first asked gamers to reach out to Sony and Microsoft about refunding their purchase, and if they were unsuccessful, to email their dedicated email line at helpmerefund@cdprojektred.com through December 21st. Sony themselves have gone a step further and have not only begun issuing refunds to all digital purchases of Cyberpunk 2077 but have also delisted the action RPG from the PlayStation Store for the foreseeable future.

In a breaking update on Sony's website, the electronics publisher issued the following statement regarding the steps they're taking on Cyberpunk 2077. Note that this will currently only affect digital sales of Cyberpunk 2077, so gamers will still need to reach out to the physical retailer they purchased Cyberpunk 2077 from in order to request a refund.

Once we have confirmed that you purchased Cyberpunk 2077 via PlayStation Store, we will begin processing your refund.  Please note that completion of the refund may vary based on your payment method and financial institution.

Digital Foundry has released a full video detailing the performance of Cyberpunk 2077 on the PS4 and PS4 Pro. On the base system, the game runs at a dynamic 900p, with dips down to 720p, and framerate can fall as low as 15fps. Meanwhile, on PS4 Pro you're looking at a dynamic resolution of 972p to 1188p, with a somewhat more stable framerate, although expect dips to the low 20s again as you drive around crowded parts of Night City.

CD Projekt RED has confirmed that they will continue to patch the performance of Cyberpunk 2077 across all consoles and platforms. There'll be a patch before Christmas and at least two other major patches in the pipeline for earl 2021 that should help the title achieve a satisfying performance level as mentioned below.

After the holidays, we’ll continue working — we’ll release two large patches starting with Patch #1 in January. This will be followed by Patch #2 in February. Together these should fix the most prominent problems gamers are facing on last-gen consoles. We will be informing you about the contents of each patch ahead of their release. They won’t make the game on last-gen look like it’s running on a high-spec PC or next-gen console, but it will be closer to that experience than it is now.

Cyberpunk 2077 is available now on Google Stadia, PC, and the Xbox family of consoles for the time being.