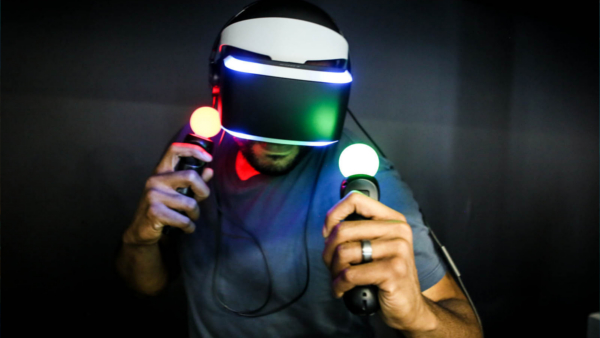 Crytek showcased two different VR demos called Back to Dinosaur Island (Part I at GDC 2015 and Part II at E3 2015, respectively), in order to demonstrate the capabilities of CryEngine when employed in the VR environment.

That's not everything, as Crytek is also working on an actual VR game based on the tech demo. Its title is Robinson: The Journey, and here's the official description:

It will offer players an unparalleled sense of presence in a game world as they assume the role of a young boy who has crash-landed on a mysterious planet. With freedom to explore their surroundings in 360 degrees of detail, players will become pioneers by interacting with the rich ecosystem around them and unearthing incredible secrets at every turn.

Given this sudden interest in VR technology, it's no wonder that GamingBolt contacted Crytek about the potential benefits of technologies like DirectX 12 and cloud computing in this particular environment.

Here's what Executive Producer Elijah Freeman had to say on the subject:

From an engine technology perspective, VR is mostly about being able to run consistently at high frame-rates, which results in some major challenges for rendering optimizations. Everything which helps to make drawcalls more efficient is highly useful, so DX12 with its reduced API overhead and better parallelization capabilities can definitely play a part in helping us create more complex VR worlds than before.

Minimizing latency is essential for VR, so we will likely not see VR games being fully rendered in the cloud any time soon. However, some complex simulation code for which lower frequency updates are acceptable could well run in the cloud and free up resources on the player’s machine, helping to achieve higher frame-rates.

Indeed, VR games require very high frame-rates on average in order to be really convincing, and both DirectX 12 and cloud computing could help in that regard.

We're now about half a year away from the commercial release of VR devices like the Oculus Rift and Sony's Morpheus for PS4 (both scheduled for Q1 2016); the HTC Vive could be available even sooner than that, as it's currently targeting a launch before the end of 2015.

While we wait, let's take another look at that Back to Dinosaur Island VR demo by Crytek.

Get The 2021 Cloud Computing Architect Certification Bundle for $25.50