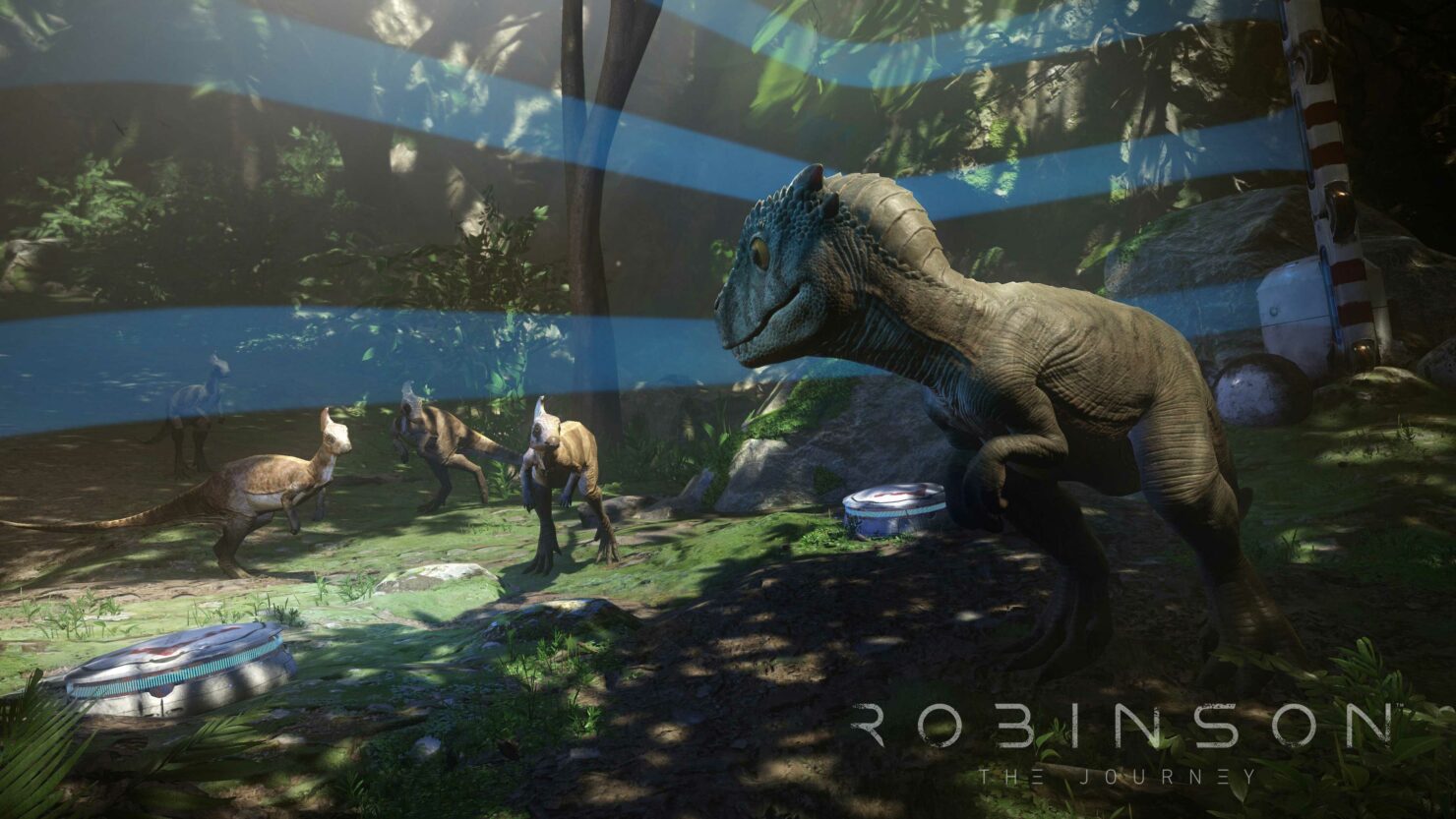 We've had the chance to speak with Crytek's Executive Producer and Game Director Elijah Freeman. The interview is mostly focused on Robinson: The Journey (which we've rated highly in our review, considering it the best looking game and greatest adventure on PlayStation VR yet), but we also talked about Crytek's recent focus on Virtual Reality. Freeman also confirmed that both Arena of Fate and Hunt: Horrors of the Gilded Age are still in development and we may get more information on them soon.

Crytek seems to be going all-in with VR, after The Climb and Robinson: The Journey. Why is that? Does that imply a diminished focus on non-VR games going forward?

Crytek is always looking for the best mediums to tell our stories, and VR is an exciting technology that allows us to bring players closer to the worlds we’ve created. It’s also a medium that feels like a natural outlet for the power of CRYENGINE. We have a legacy of operating on the bleeding edge of game development technology with the engine, and it lends itself very well to turning ideas into beautiful, compelling games – which is a great fit with VR. We’re incredibly excited about VR as more than just a cool new thing, and we believe it’s here to stay. But, at the same time, we’ll continue to take advantage of our freedom to find the most suitable channels for each project.

Do you think you've solved the motion sickness issue in your titles? This is still one of the main obstacles to the widespread adoption of Virtual Reality devices.

Tackling motion sickness has been one of our top priorities, and we’ve spent a lot of time researching both tech and gameplay elements in this area; you wouldn’t believe how many iterations of falling we tried for The Climb! There are three fundamental elements that are key in tackling this issue: high frame rate in stereo, low enough latency to make the movement feel natural, and having the highest possible resolution. All of these things require a very powerful engine, and CRYENGINE definitely enabled us to hit the ground running. With VR development being so new, you keep coming across surprising issues and solutions around motion sickness, so there has been a lot of learning and testing to do. But the feedback we’ve received from players about movement in The Climb has been really positive, and we’re happy about the progress we’ve made on this front overall.

The original announcement of Robinson: The Journey mentioned that the game would offer an "unparalleled sense of presence". Can you expand on how Crytek achieved that?

The team is absolutely obsessed with details and our main goal is to make players forget where they are until they remove their headsets. We hand-crafted every little item you can find in the game world, and placed them so that what you see around you feels like a living, breathing world. It was also very important that the players can feel a connection to the environment. That’s why Tyson III is not too outlandish, but instead you can relate to the colors and vegetation; it’s strange yet familiar, which also really helps players to feel like they are “there”.
The immersion and sense of depth is also dependent on amazing audio design. The sound has to be precisely in the correct spot and at the correct volume to preserve the sense of presence in VR, and we have a very talented audio team who’ve done a great job of drawing players into the world based on what they hear as well as what they see.

How long do you expect the game to last, on average? Is it possible to explore the game world without obvious boundaries?

Robinson offers a very in-depth exploration experience, and each environment in the game contains lots of items, secrets, and lore for players to discover and interact with. The extent to which players choose to examine their surroundings will obviously impact how long it takes to complete the game, but after several playtests by both the development team and first-time players, we expect the play time to run to at least five hours on average.
In terms of boundaries, players have a great deal of freedom in how they explore Tyson III. The world they see on the horizon when they take their first steps in the game is one they will discover fully, and we believe we’ve created a world that feels immersive and boundless as players journey through it.

Robinson: The Journey has been developed for PlayStation VR. What do you think of the platform and its impact on the VR market? What frame rate are you targeting?

Sony has been an amazing partner and we’re really impressed with the number of good looking titles they have lined up for PSVR. The technology delivers a great, immersive experience, and the huge user base of the PlayStation 4 will definitely help to get players on board. As for the frame rate, for Robinson we rendered at 60 frames per second.

This week, Sony is set to launch the PlayStation 4 Pro console. Are you going to support it for Robinson: The Journey and if so, what kind of enhancements can we expect? Does PS4 Pro represent a meaningful boost to PSVR's capabilities?

Robinson will be playable on both PlayStation 4 and PS4 Pro, and we think it offers a stand-out experience regardless of which platform players choose. The game was developed for PlayStation 4 from the outset, and we’ve worked hard to maximize the potential of the system and the opportunities PS VR unlocks. For PS4 Pro players, the technical enhancements Sony has outlined will be in evidence – these include higher rendering resolution, enhanced SSDO/SSAO lighting effects, longer view distances, higher quality texture filtering, and more seamless LOD (level of detail) generation. From our side, the scalability of CRYENGINE and the high level of visual fidelity it allows for has made the process of supporting both platforms very smooth and something that we’re well equipped for. We’re confident that players on both platforms will be very happy with what they see.

Is there any chance to see The Climb on other platforms like HTC Vive and PlayStation VR? Conversely, will Robinson: The Journey remain a PSVR exclusive?

Right now we’re focusing on the launch of Robinson for PSVR. And for The Climb we are adding support for Oculus Touch later this year, which adds another really immersive aspect to the gameplay.

Is there anything at all Crytek can say about Hunt: Horrors of the Gilded Age? Many gamers are wondering how development is going for that one. Likewise, do you have any update to share about Arena of Fate?

Both games are still in development and we can see weekly progress. We hope we’ll able to share more information soon.