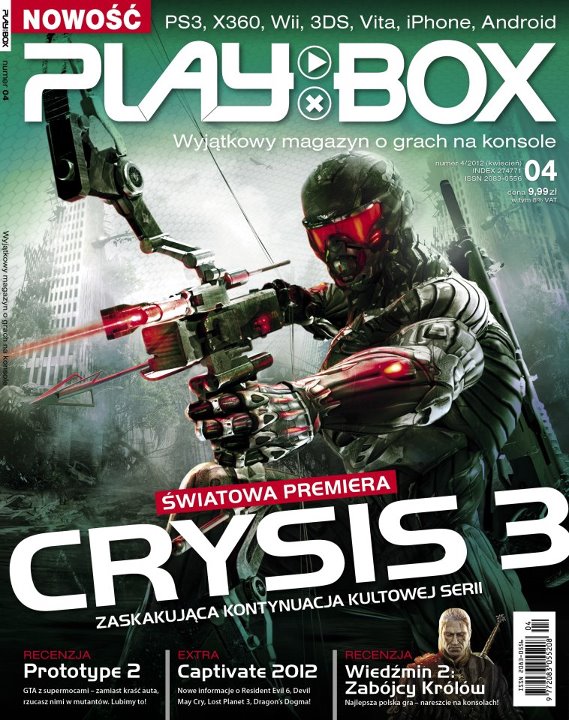 New Crysis 3 details have been leaked from a gaming magazine Playbox which suggest that Crysis 3 wont be the last installment in the Sci-Fi FPS franchise. Other than this Crysis 3 would feature all new side missions, new nano suit powers, New factions and the return of an old buddy - Psycho (CRYSIS Warhead's protagonist).

According to the magazine, Steven Hall would be writing the game. Story would revolve around Prophet (Alcatraz) imprisoned by CryNet which would also mark the time interval between Crysis 2 to 3. After the ending of the second part a Global invasion by Ceph took place and it would be shown in the game what happened to the rest of the world after the invasion.

Now the most interesting part, Crysis Warhead's Protagonist aka Psycho who also accompanied us at the begging parts of Crysis 1 is also back in the game, Uncertain though if he would be a playable character. Crynet and Ceph would not be the only hostile factions, There would be others though they are not detailed yet. Newer Ceph enemies would include a brute with a flamethrower. The setting would also feature animals like the original Crysis such as giant frogs.

The word would be less destructive compared to Crysis 1 and would feature a sandbox setting along with several side missions. A few concept arts show the outside the New York dome would be a frozen wasteland like in Crysis 1 after the alien invade the island. New powers would allow us to hack alien turrets and control their weapons which was also confirmed in a interview with a Crytek official. Speed and Power abilities are now split like Crysis 1.