The brutal and unforgiving first person game Far Cry Primal is very close to release now, and Ubisoft never misses a chance to promote its upcoming game. Following last week's trailer, another one has been made available, focusing on DLC content coming for the game. 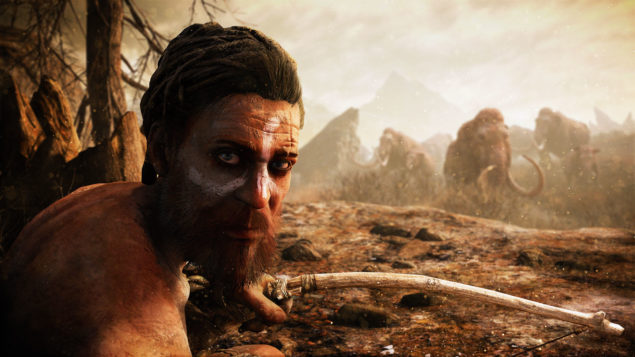 As mentioned above, another Far Cry Primal trailer has been made available last week, showcasing the weapons players will be able to use in the game to fight off animals and other not so friendly creatures.

A few weeks ago, it's been confirmed that Far Cry Primal will not come with a co-op mode. The team wanted to create a very strong gameplay experience set in the Stone Age without moving too far from what makes the series so compelling, and they had to come up with new ideas for the core gameplay.

We are focusing entirely on creating the best possible Far Cry experience for our fans. Bringing the Stone Age to life and providing players with a strong gameplay experienced based off of the Far Cry legacy meant that we had to reinvent our core gameplay loop. This was definitely not a small undertaking. Our focus was on delivering this fantasy which required clear priorities for the team. Therefore, in the early stages of the project, we made the difficult choice of focusing our efforts on the single player experience. Looking forward to your thoughts once you get your hands on the game!

Far Cry Primal will be released on February 23rd on PlayStation 4 and Xbox One, with the PC version coming on March 1st.