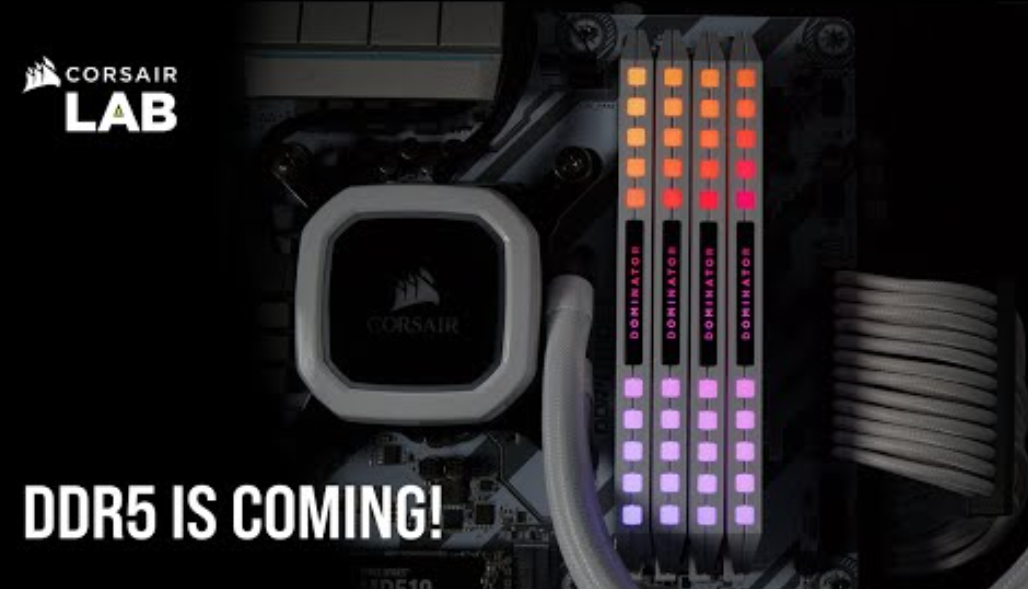 During its latest Tech Talk series, Corsair revealed that its next-gen DDR5 memory is going to be faster, bigger, and cooler than DDR4. The company's reps also talked about how their DHX tech would be further refined for the upcoming DDR5 modules.

Corsair is well known for its memory products which include the iconic Dominator & Vengeance series. The company will be expanding these lineups with their DDR5 solution later this year as revealed by Corsair's DIY Market Director, George Makris. George states that DDR5 memory will offer a range of new features while being faster, bigger, and cooler than the last-gen DDR4 series.

Talking about DDR5 memory and Corsair's cooling technology, in particular, George states that DDR5 memory would run conceivably hotter than DDR4 memory because the voltage regulation has been moved off the motherboards to the DDR5 modules themselves in the form of PMIC or Power Management IC.

The new voltage regulation could pump more heat into the PCB itself & DDR5 DRAM modules themselves and that's one reason why Corsair is working to offer its new DHX cooling technology which would be a further refinement to what the company currently offers. Existing DHX DIMMs from Corsair features a custom PCB design with IC sorting technology and a copper layer that pushes the heat away from the DDR5 memory modules and into the heatsink itself for efficient transfer of heat. This technology would be particularly useful in higher capacity and higher clock DDR5 DIMMs which would run beyond 6400 Mbps and overclocking modules up to 12,600 Mbps that were revealed yesterday.

So far, we have only seen Micron DDR5 DRAM which is being used by several memory manufacturers including Corsair, Kingston, GALAX, TeamGroup, Netac, Crucial, Geil, ZADAK, XPG, ASGARD, & more. TeamGroup previously reported that the voltages on DDR5 memory can be pushed up to 2.6V with LN2 cooling. SK Hynix also recently confirmed that it has commenced mass production of its DDR5 DRAM modules.

DDR5 memory is expected to bring over twice the performance increase over DDR4 as seen in the previously leaked benchmarks. We have already seen DDR4 hitting speeds of over 7 Gbps with OC so 10 Gbps doesn't sound like a big deal for the next-gen memory as SK Hynix & Micron deliver faster DRAM chips to vendors which are currently supplying to memory makers.