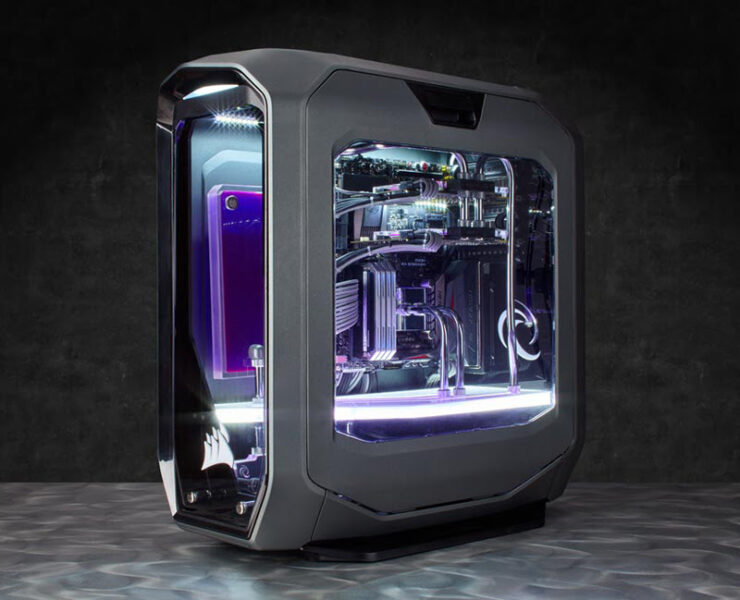 CORSAIR is bringing it home with some big announcements at this year’s Computex, from top to bottom they’ve got something new and fresh.

Taking center stage with CORSAIR’s Computex announcements are their new DDR4 offerings; CORSAIR Vengeance LED and CORSAIR Dominator Platinum Special Edition.  The Vengeance LED adds in lighting along with their aggressive new styled heatspreader and XMP 2.o certification.  They will also be the fastest CORSAIR DDR4 memory kit ever to hit the market utilizing selected Samsung ICs and able to hit 4,333MHz and faster.

CORSAIR’s lineup of fans has now been expanded with the release of their new CORSAIR ML PRO and ML PRO LED.  Not only are these newly designed in the aesthetics aspect but also feature a different kind of bearing configuration.

Using the patented Magnetic Levitation bearing and custom rotors the CORSAIR ML PRO fans deliver both high static pressure and high airflow while the magnetic bearing is able to generate more performance at a lower noise level.  The PWM variants feature a very wide 2,000rpm range of speed so you can keep the noise in check when not required but also able to crank it when the temps start to rise.

Instead of the colored rings of the past CORSAIR has gone the route of color co-ordinated corners and the ML PRO LED fans feature frosted fan blades so that the entire fan glows when illuminated.

The CORSAIR ML PRO and ML PRO LED range of fans will launch in Q3 2016.

Corsair is teaming up with MSI again this GPU cycle offering the new Hydro GFX GeForce GTX 1080.  Features a closed-loop CORSAIR cooler and PCB designed by MSI the Hydro GFX Geforce GTX 1080 should have no issues sustaining higher core clocks as cooling shouldn’t be an issue.

CORSAIR is changing up the way the award winning Carbid 400C by releasing it in White.  Nothing changes on the inside so it’s still the same case that was a big hit upon its launch but now in white. 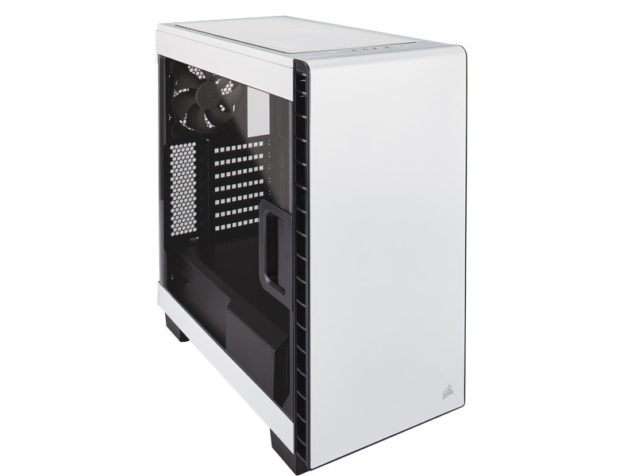 The CORSAIR Carbide 400C White will launch in June 2016

We'd love to hear your thoughts on what CORSAIR has shown off at this years Computex in the comments section, so fire away!