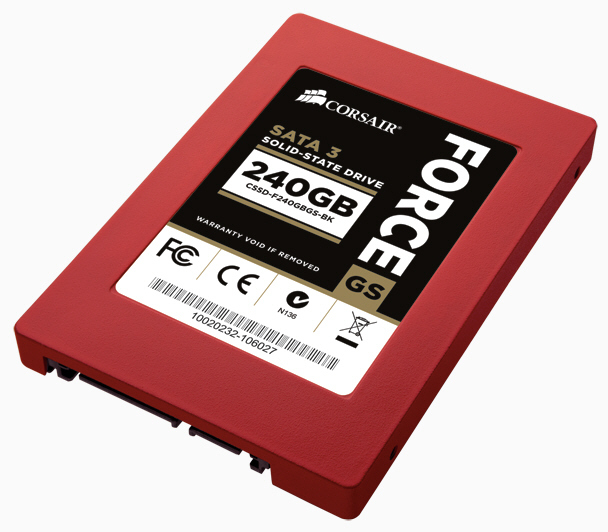 Corsair, a worldwide designer and supplier of high-performance components to the PC hardware market, today announced the Force Series GS solid-state drives (SSDs). The new SSDs, which offer the fastest overall performance in Corsair's SandForce-based lineup, will initially ship in capacities of 180 GB and higher. As with other Force Series drives, the Force Series GS SSDs are based on the SandForce SF-2200 SSD Processor, but add toggle NAND flash memory to boost random write speeds up to an amazing 90,000 IOPs.

The solid-state design of Corsair SSDs enable them to deliver faster data read and write speeds which can reduce software load and PC startup times. And because SSDs have no moving mechanical parts, they help laptops run cooler, run longer on batteries, and resist data loss from bumps.

For more information, head over to http://www.corsair.com/