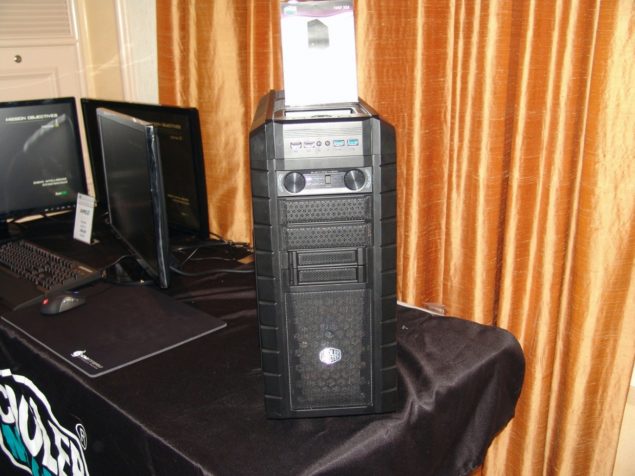 Cooler Master's upcoming HAF-XM case has been spotted over at CES 2012 which is basically a HAF-X scaled down to Mid-Tower Form Factor. The case is a good edition to the Mid-Tower HAF Series cases which include the popular HAF 922 and HAF 912.

The HAF XM retains most of the features from HAF X and makes them available in a smaller package, Such as the Full Meshed Front, Three Optical Drive and Two Swappable Drive bays. HAF XM is stuffed with a total of Four fans which include 3 200mm (One at Front, Two on Top) and a 120mm at Rear Exhaust. The upper fans can be removed to provide space for a 120mm Radiator for Liquid Cooling.

Another great feature transferred over to the HAF XM is the PSU Cable Cover which allows for a clean look of the case by hiding the wires from the PSU and also easier cable management by hiding extra cables underneath it. The Rear Side Panel uses handles for easier carrying however CM says that it would remove them since it hinders extra space needed for cable management. Pricing of the case is expected around $159.99. 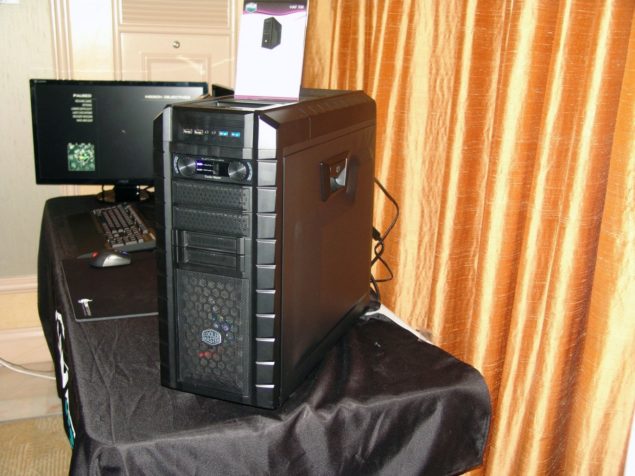 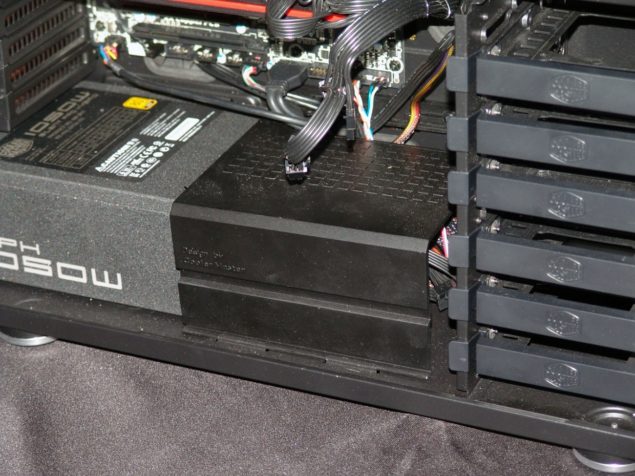