Chinese Graphics Card manufacturer Colorful today announced its most powerful GTX 560Ti named " iGame GTX 560 Ti Kudan". The iGame 560Ti Kudon features a custom built PCB which was detailed here. The GTX 560Ti Kudon is not only the fastest but also the most feature rich 560Ti released yet which even puts MSI's HAWK 560Ti and Gigabyte's SOC 560Ti to shame.

The card features the GF-114 GTX 560Ti chip featuring 380 Cuda Cores clocked at 820Mhz Stock, 900Mhz with Turbo-Bios On (located on the PCB) and 1010 MHz with the Monster BIOS when connected with the Turbo Kit which features an extra add in card to provide more power phases other than the 8 Phase VRM on board. A memory of 1GB GDDR5 is set across a 256-bit wide memory interface clocked at 4000 MHz (4200 MHz Turbo/4500 MHz Monster). The GPU is powered by three Six Pin Power Connectors.

2 Way SLI is supported and display outputs include dual-DVI, plus HDMI. The heatsink itself is 3 slots wide and comes equipped with a large aluminium fin array cooled by 2 80mm fans featuring the shark fins and a single 90mm fan. Other accessories include  a backplate, five detachable heatsinks (part of the Air-Kit), as well as paints and brushes (Color-Kit) for customizing the cooler's plate. 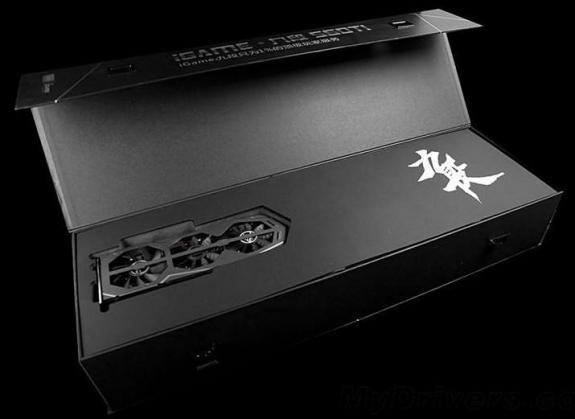 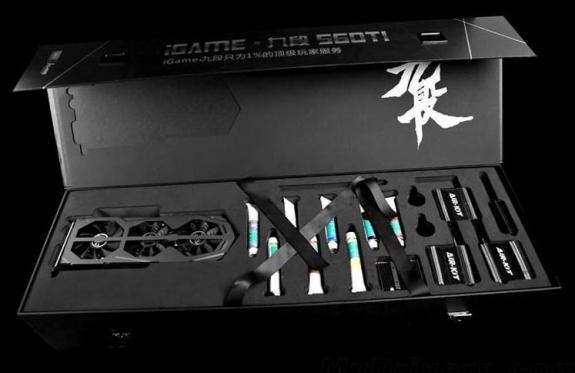 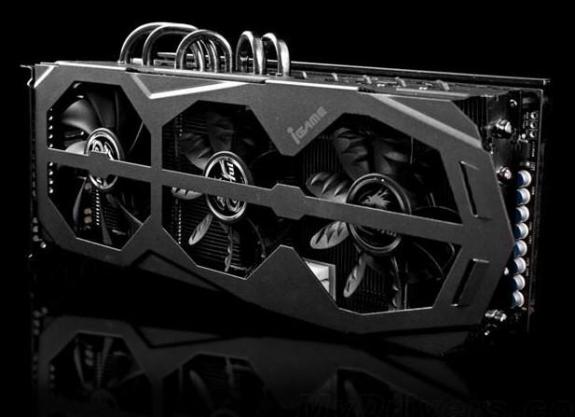 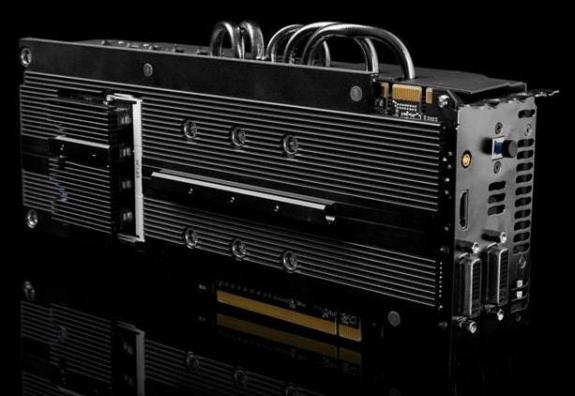 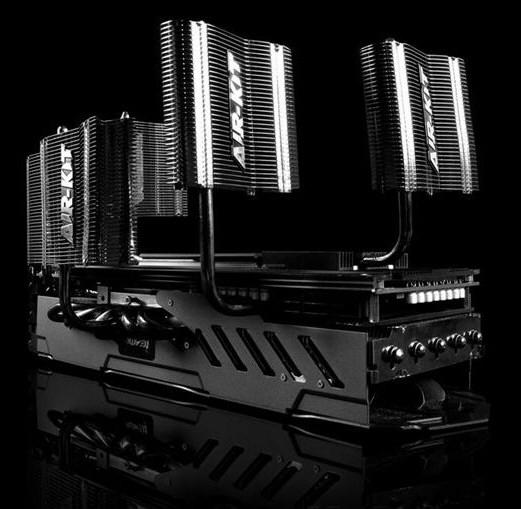 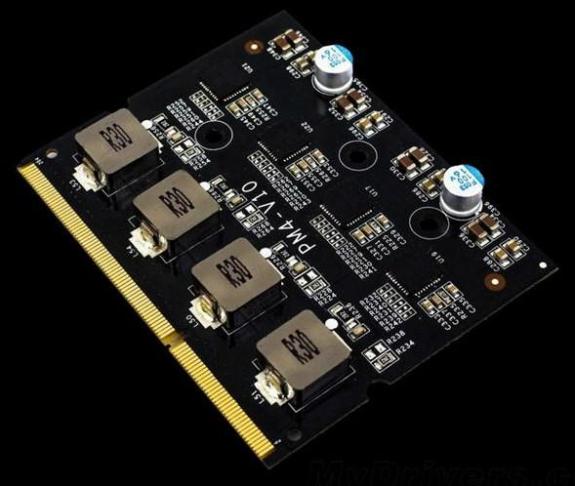