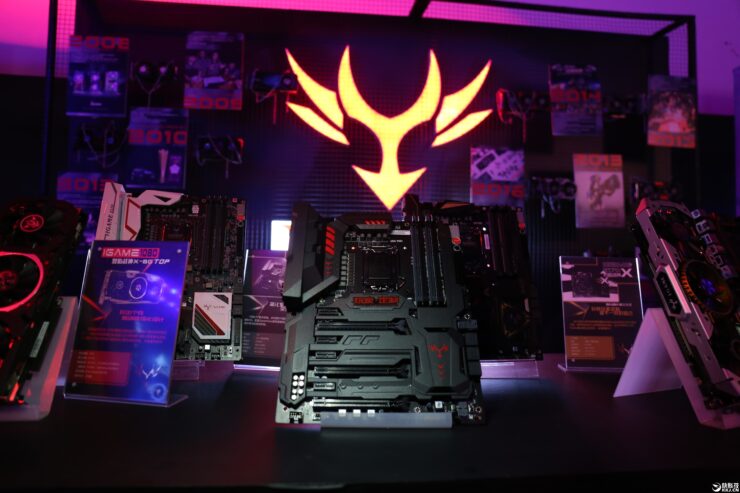 Colorful has showed off their first iGame series motherboard that utilizes the Intel Z270 Express chipset. The board was pictured by Mydrivers at an event held in China, during which they also showcased other products.

The Colorful 200-series lineup consists of many motherboards which utilize the Z270 and B250 chipset. All boards are either part of the iGame or Tomahawk series. The one which was pictured is the Colorful iGame Gamer Customization while other products are listed below:

The Colorful iGame Gamer Customization is a high-end motherboard that is feature packed. It comes in a red and black color scheme and has a armor plating which covers the entire board. There's also armor on the back of the motherboard to help dissipate heat effectively. The LGA 1151 socket can support both Intel 6th and 7th generation Core processors. 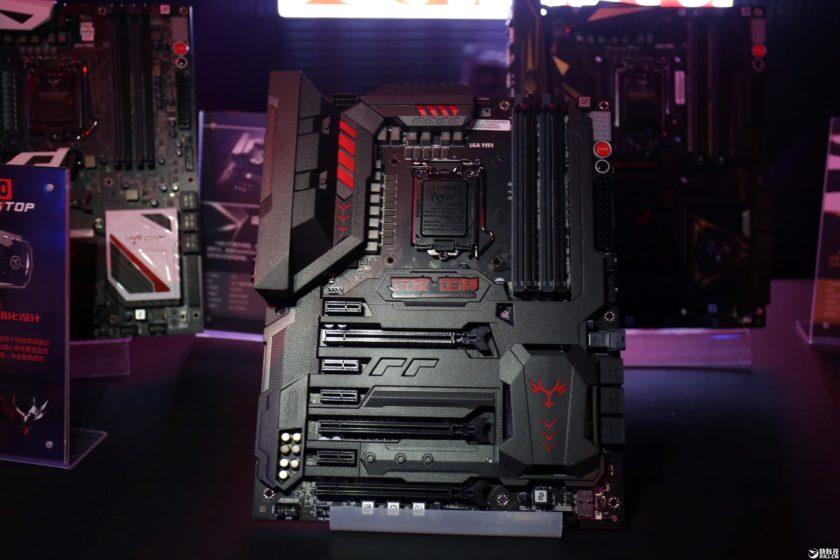 The CPU socket is powered by a 8-Pin power connector. It is surrounded by a 14-Phase IPP digital power supply that provides optimal support for overclocking. The VRMs are situated beneath two large heatsinks for heat load management. There are four DDR4 DIMM slots that can support capacity up to 64 GB. Expansion slots include three PCI-e 3.0 x16, four PCI-e x1 and single M.2 / U.2 ports. Storage options include six SATA III 6 GB/s port.

For I/O, there's an integrated Realtek ALC1150 eight-channel audio (dedicated audio PCB), Killer E2500 gigabit LAN, HDMI, DisplayPort, USB 3.1 (Type-A+Type-C), six USB 3.0 and eight USB 2.0 ports. There's a power On and Off switch, Reset Switch and Diagnostic LED panel located next to the DIMM slots. The motherboard will be hitting retail on 5th January 2017 for a price around 1999 Chinese Yuan or $250 US