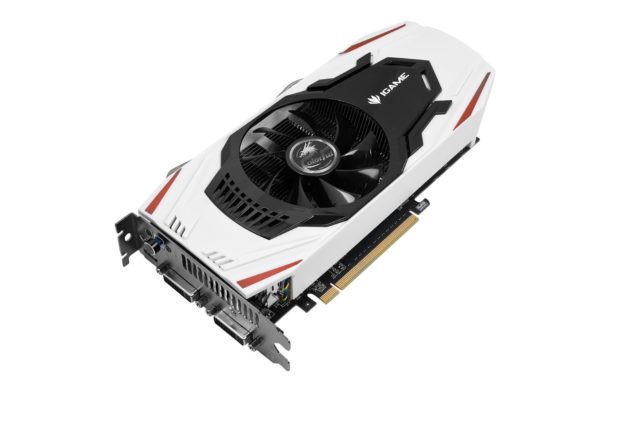 Colorful's upcoming iGame GTX 650 Ti Flame Wars X series graphics card has been pictured and detailed. The GTX 650 Ti would be the latest entry from NVIDIA to its GeForce lineup aimed towards budget gamers and users.

The iGame GTX 650 Ti packs 768 Cuda cores within its GK106 core clocked at the stock 928 MHz, There's no Boost feature on the card officially however Colorful let's you overclock the card automatically through a BIOS switch located at the I/O panel which pumps up the clock speeds to 1046 MHz. The GPU is equipped with quality components and a custom designed PCB which would also allow users to harness additional power through manual overclocking. One thing to note that the card looks exactly similar to the GTX 650 iGame detailed here.

In addition to the core, iGame GTX 650 Ti makes use of 1GB GDDR5 memory running across a 128-bit interface and is clocked at the reference 5400 MHz. Display outputs consist of Dual DVI and a single HDMI port. The iGame GTX 650 Ti is equipped with the Flame Wars X series cooler which combines a sexy design and provides top of the line cooling performance with its large 92mm shark fin designed fan which pushes air towards a large central heatsink consisting if multiple heatpipes. The GPU additionally requires a single 6-Pin connector for power. 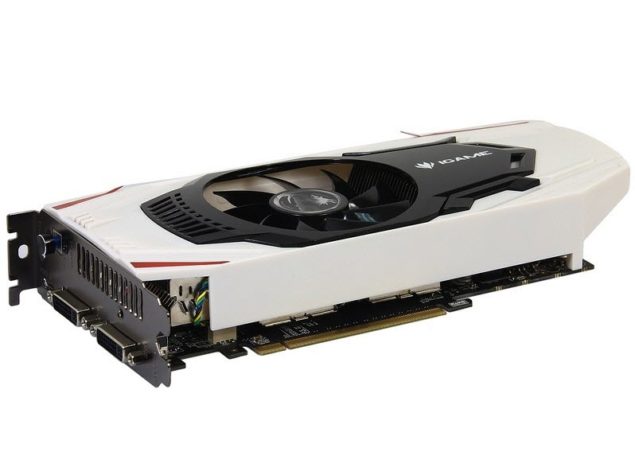