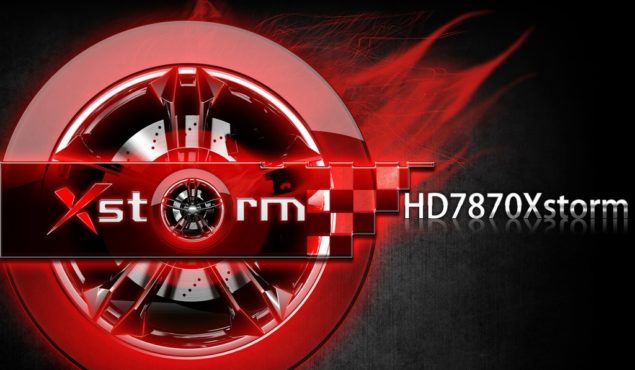 Colorfire has started preparing its non-reference Xstorm HD 7870 Series graphics card which features beefed up power phases, better power components along with Factory overclocked specs. Colorfire is the sister brand of Colorful which focuses towards AMD Radeon based GPU's.

The Xstorm HD 7870 would be the meanest non-reference 7870 featuring a silver-plated PCB equipped with a 8+1+1 Phase Power Design. For better overclocking support and stability, Colorfire adds tantalum capacitors while at the back of the PCB, we can spot an expansion slot which was also seen on Colorful's GTX 680 iGame Kudan which makes room for an overclocking module which when equipped adds in additional power phases and voltage regulation.

Power Connectors are now configured to Dual 8 Pin rather than Dual 6 Pin found on the reference models which makes lots of room for overclocking. The card features a 2GB 256-bit wide memory interface while display is provided through two DVI, an HDMI and Display Port. Card would launch with Factory Overclock though the frequencies are not exactly known so are the price and launch date.