Club3D revealed its upcoming HD 5550 which will be part of its Overclocked Edition Series. The HD 5550 although is not that better than the HD 5700 series GPU's  but still it's a good GPU for those casual gamers who are on a budget. The card packs in 320 Stream Processors which are quite enough for a lowly card like it.

Being an Factory Overclocked GPU, The GPU core is clocked at 650Mhz and 2GB of DDR3 memory which is clocked at 2400Mhz effective. The card is Direct X 11 Compliant and supports PCI-e 2.1 Connector. Connectivity ports include DVI, HDMI and D-Sub. The card is cooled by a small cooler and takes up a single slot. The price of the card is expected around €100. 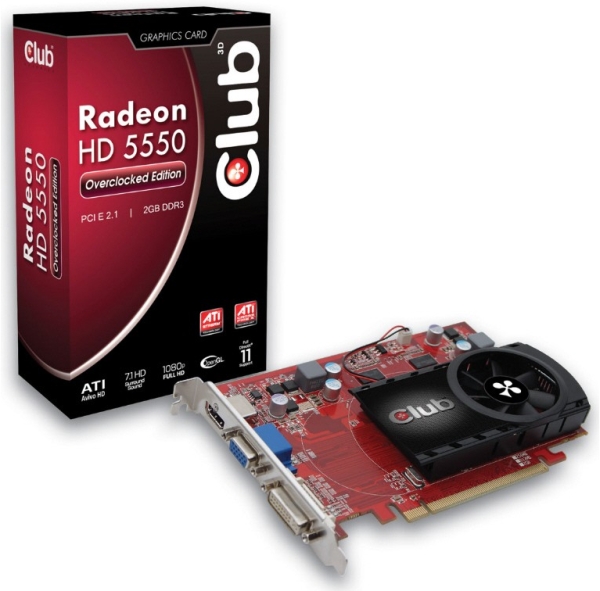