The Medal of Honor series is one of the more popular series that's no longer active, following the release of Medal of Honor: Warfighter back in 2012. Thankfully, most of the older entries of the series are still playable on PC, and now it's possible to enjoy one of them for free. 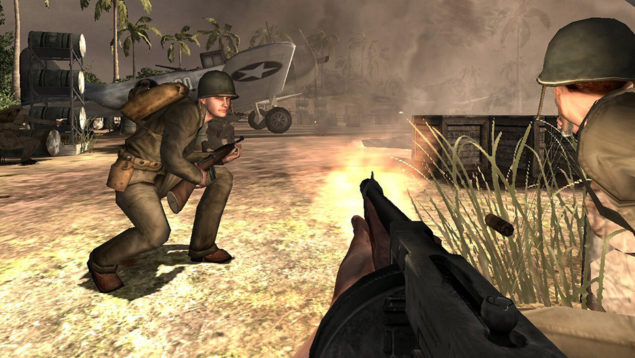 Recently EA has made Medal of Honor Pacific Assault available for free on Origin through the On The House promotion, which offers free full games, expansions and more absolutely for free. If you're a fan of the series, or if you're simply looking for an old school shooter experience, Medal of Honor Pacific Assault is the game for you. Please note that the online multiplayer modes are no longer available, due to GameSpy ending all hosted game services two years ago, but the game's single player campaign should be more than enough to keep fans of the series entertained.

Medal of Honor Pacific Assault has originally been released back in 2004. The game starts Marine Private Tom Conlin as he fights his way through the iconic battles of World War II set in historically accurate locations such as Pearl Harbor, Guadalcanal and Tarawa.

Bond With Your Squad. Get to know the Marines who you'll be fighting alongside. Each has a unique personality and backstory. When new recruits arrive, get them experience to increase their proficiency.

Medal of Honor Pacific Assault is now available for free on Origin. This is a time limited deal so make sure to take advantage of it as soon as possible if you're a fan of the series.